I’m going retro…well, kind of! I only began blogging in the beginning of 2017 & started writing reviews on Amazon about a year ago. BUT I’ve been a HUGE reader for probably my entire life! On this page, I will add my MOST FAVORITE books and authors. I’ll update this page periodically. ENJOY!💋

If you’re unfamiliar with J.R. Ward or her work, I cannot recommend this book enough! DARK LOVER is the first in a very long, fascinating and engrossing paranormal series. In my opinion, the Black Dagger Brotherhood (BDB) just continues to get more AWESOME! I picked up this book many, many years ago (like 9 or 10?) and have actually reread it and almost the entire series AT LEAST twice, probably more like three or four times. It’s the vampire series in which I judge all other vampire books by! Ms. Ward created a fantastic world filled with vampires, angels, the undead (lessers) and other mysterious supernaturals who “hide” among the humans. The BDB are an elite group of vampires who protect humans and vamps against the lessers. Wrath is the leader of the vampire race and the BDB. He’s the meanest, baddest, biggest alpha male vampire around so he’s blindsided when he meets Beth, a beautiful “half breed human” and the daughter of his good friend. Beth and Wrath’s story is hot, possessive, captivating and erotic. The world of the BLACK DAGGER BROTHERHOOD, for me, was magical! I loved EVERYTHING about this book, from the zany dialogue to the gripping plot. Told from dual POVs with a happy for now end. (There’s not really a cliffhanger in any of the books, more of a continuation from one couple to another/one situation to another although the series should be read in order!)

Return to where it all began in the first novel in the phenomenal Black Dagger Brotherhood series by #1 New York Times bestselling author J. R. Ward…

The only purebred vampire left on the planet and the leader of the Black Dagger Brotherhood, Wrath has a score to settle with the slayers who killed his parents centuries ago. But when his most trusted fighter is killed—orphaning a half-breed daughter unaware of her heritage or her fate—Wrath must put down his dagger and usher the beautiful female into another world.

Racked by a restlessness in her body that wasn’t there before, Beth Randall is helpless against the dangerously sexy man who comes to her at night with shadows in his eyes. His tales of the Brotherhood and blood frighten her. Yet his touch ignites a dawning new hunger—one that threatens to consume them both…

Maroon 5
From the Album V [Clean]

J.R. Ward is the #1 New York Times bestselling author of numerous novels, including the Black Dagger Brotherhood series. She lives in the South her family. 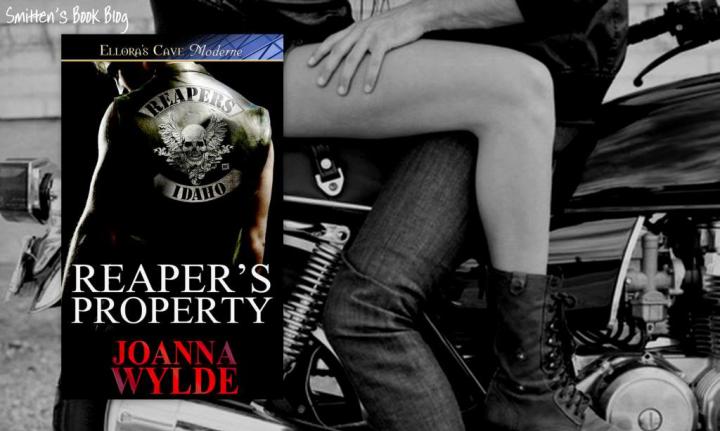 I actually read the original book when it was published a couple of years ago and have re-read it several times already! It’s one of my favorite MC series. I love the chemistry between Horse and Marie, they’re scorching together! There are several scenes that have just stuck with me over the years and STILL make me sigh!! Horse is a BEAST, a possessive caveman and I LOVED him! At first, Marie seemed kind of flighty to me but as I got to know her, I realized how strong her character really was. The plot is also full of suspense, twists and turns. Joanna Wylde gets really down and dirty about her MC world, there’s no fluff there but it’s still a ROMANTIC story. Definitely a book for my READ AGAIN E-Shelf. Told from dual POVs with a happy ending.

Marie doesn’t need a complication like Horse. The massive, tattooed badass biker who shows up at her brother’s house one afternoon doesn’t agree. He wants Marie on his bike and in his bed. Now.

But Marie just left her abusive jerk of an ex-husband and she’s not looking for a new man. Especially one like Horse. She doesn’t know his real name or where he lives. She’s ninety percent certain he’s a criminal and that the “business” he talked with her brother wasn’t website design. She needs him out of her life, which would be a snap if he wasn’t so damned sexy.

Horse is part of the Reapers Motorcycle Club, and when he wants something, he takes it. What is he wants is Marie, but she’s not interested in becoming some biker’s property.

Then her brother steals from the club. Now Marie can save him by giving Horse what he wants—at home, in public, on his bike… and if she’s a very, very good girl, he’ll let her brother live.

Author’s Note: This book was originally released through a small publisher in 2013. This independent edition has been lightly edited, and contains a bonus short, “Sticky Sweet” (originally published on the author’s website) and a Q&A with the author.

Def Leppard
From the Album Pour Some Sugar On Me (2012)

Joanna Wylde is a freelance writer and voracious reader. You can visit her website at www.joannawylde.net. 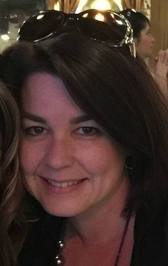 So, I was cruising through my kindle, looking for an “older” book to feature on my blog when I spotted this wonderful little gem! Kristen Ashley is one of my all time, best-est ever, most favorite authors. Yeah, she puts A LOT of detail in her stories but that’s what I love since I’m a very visual person. Anyway, I first read this book at least six years ago, maybe more and I’ve read it several times but as I was flipping through it, I couldn’t help it…I HAD to read it AGAIN! Indy is such a hilarious character, she’s so relatable with her snark and stubbornness, her AWESOME taste in music and her fabulous tees. Lee is the perfect amount of possessive, protective, supportive and just plain cool. He’s really a SWOON worthy character! Together, they work to solve a mystery that made me want to laugh, cry, scream in frustration and then feel giddy with happiness. And let’s not forget the secondary characters. They’re just a few of the reasons why the Rock Chic series is so successful. I’m glad to have this fun, amazing book on my READ AGAIN E-SHELF! Told from Indy’s POV with a happy ending.

    Kristen Ashley was born in Gary, Indiana, USA. She nearly killed her mother and herself making it into the world, seeing as she had the umbilical cord wrapped around her neck (already attempting to accessorise and she hadn’t taken her first breath!).

New in my Etsy shop: https://www.etsy.com/shop/BazansBazaar
Who’s ready to shop for crystals? Live sales coming soon!
Yup..that’s definitely me!🐉🐲 I’m re-reading the Fantasyland series by @kristenashleybooks right now (That Drakkar..so yummy!) What are you reading? Have a gorgeous day y’all!💜
Welp…it’s been just 6 months since I bought my last bookshelf but I had to buy another one! And my room is too small for a fourth shelf so it’s going in my living room…What can you do, right?!😊
Happy Wednesday y’all! Got sidetracked but I’m about to dive into A Deal With the Elf King by @elise.kova ! What are you reading?
TGIF!! I need to crawl back in bed with a good book for the weekend…!🥴 Have a good day y’all!💜