In Love With the Boss (Sexy Boss Trope)

Friday Faves is back, baby!! It feels like forever since I’ve done one of these posts!

This month, I’ll be sharing some awesome books where the romance is centered around the “Boss.” Not necessarily in an office setting but where one character works for another. (You know, since everyone is going back to work now that the holidays are over!)😉

Young interior designer Ava O’Shea has an appointment for a first consultation at The Manor with the owner, Mr Jesse Ward. She is expecting nothing more than an overweight, cravat wearing, well-to-do countryman, and on arrival, nothing would suggest otherwise. How wrong could she be? This Man is devastatingly handsome, charming and confident. He is also a conceited, hedonistic playboy, who knows no boundaries. Ava desperately does not want to be attracted to him, but she can’t control the overwhelming effect he has on her. Every instinct is telling her to run, so she does, but Jesse Ward is not so willing to let her go. He wants her and is determined to have her. She knows she is heading for heartbreak, but how can she run when he won’t let her?

Mallory Sims is late for her first day of work.

After spilling her tea, she discovers she has no gas in her car. Add that her arm keeps sticking to her dress from syrup left on the console of her car, flustered feels like an understatement.

Then she sees her new boss.

Graham Landry is the epitome of NSFW in his custom-fit suit, black-rimmed glasses, and a look so stern her libido doesn’t stand a chance. Being flustered is just the start of her problems.

Her punctuality is only the start of his. With a pink slip in hand, he’s been waiting on his new secretary to show up only to let her go. Then she rushes in with her doe eyes and rambling excuses, smelling like bacon and lavender. The termination paper falls to the side as she falls in his arms.

This is a disaster in the making. Not because of his pinpoint exactness or her free spirit, but because when they’re together, the sparks that fly threaten to burn the whole place down.

Mariana Zapata
He was my boss, my brother’s friend, a Widower, an ex-felon, and a man I’d seen casually with a handful of women. But he was everything that gripped me, both the good and the bad. Worst case scenario if things turned awkward between us, I could go somewhere else. I’d gotten over epic heartbreak before, one more wouldn’t kill me.

After moving to Austin following six months of unemployment back home, Iris Taylor knows she should be glad to have landed a job so quickly… even if the business is owned by a member of the same motorcycle club her estranged father used to belong to. Except Dex Locke might just be the biggest jerk she’s ever met. He’s rude, impatient and doesn’t know how to tell time.

And the last thing they ever expected was each other.

But it was either the strip club or the tattoo shop.

… she should have chosen the strip club.

Maya Banks
Gabe, Jace, and Ash: three of the wealthiest, most powerful men in the country. They’re accustomed to getting anything they want. Anything at all. For Gabe, it’s making one particular fantasy come true with a woman who was forbidden fruit. Now she’s ripe for the picking…

When Gabe Hamilton saw Mia Crestwell walk into the ballroom for his hotel’s grand opening, he knew he was going to hell for what he had planned. After all, Mia is his best friend’s little sister. Except she’s not so little anymore. And Gabe has waited a long time to act on his desires.

Gabe has starred in Mia’s fantasies more than once, ever since she was a teenager with a huge crush on her brother’s best friend. So what if Gabe’s fourteen years older? Mia knows he’s way out of her league, but her attraction has only grown stronger with time. She’s an adult now, and there’s no reason not to act on her most secret desires.

As Gabe pulls her into his provocative world, she realizes there’s a lot she doesn’t know about him or how exacting his demands can be. Their relationship is intense and obsessive, but as they cross the line from secret sexual odyssey to something deeper, their affair runs the risk of being exposed—and vulnerable to a betrayal far more intimate than either expected. 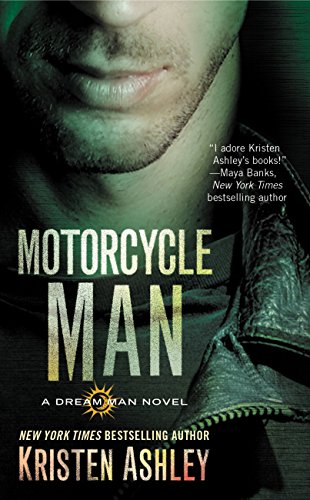 Kristen Ashley
Get ready to ride . . .

Tyra Masters has had enough drama to last a lifetime. Now, she’s back on track and looking forward to her new, quiet life. Until she meets the man of her dreams. The tattooed, muscled biker plies her with tequila-and the best sex of her life. She knows it isn’t the tequila and hot sex talking. He’s the kind of man she’s always wanted. Unfortunately, he’s also her new boss . . .

Kane “Tack” Allen has a rule. He doesn’t employ someone he’s slept with. So when he learns he spent last night in bed with his new office manager, he quickly fires Tyra. Yet when Tyra stands up to him and fights for her job, Tack is intrigued. He tells her she can keep her job on one condition: no more sex. Ever. But as things heat up between them, Tack finds that he’ll be the one breaking all the rules…

I seriously need to do some re-reads!! Have an amazing day y’all!💜