When I’m immersed in an excellent book or series, I usually end up visualizing the characters in my head (like a loon!

) so I thought it’d bef un to give some of my favorite characters a famous (or not) face!

I’ve been a big fan of Sawyer Bennett for awhile now so I was super stoked when she took a chance on the paranormal/fantasy genre! After reading all five books, I rated the series 4.5 stars!😍 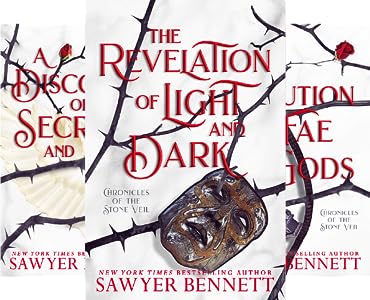 From Book 1: I always knew I was different.

From a young age, my mind has been plagued with things only I could see. Some hauntingly beautiful, others completely terrifying. Never knowing if these visions were real or just hallucinations, I learned how to lock them down and ignore them. I learned to take solace in the relative anonymity of city life and find peace in the rainy days my city of Seattle is known for.
But just when I think my life is getting on track and my dreams are achievable, a moment of weakness causes me to learn a hard and fast lesson.

My entire existence has been a lie.

Now I’m faced with a new reality that’s as implausible as it is fantastical. Filled with realms and veils, light and dark, fae and daemons, gods and angels–things I don’t understand but am forced to acknowledge. It doesn’t help that the man teaching me about my unique gifts is the gorgeously handsome Carrick Byrne, one of Seattle’s richest and most powerful men. He intimidates, annoys, and intrigues me all at the same time. I don’t trust him and yet there’s no one else to help me.
No longer certain who to put my faith in, what to believe, or how I fit into it all, one revelation is clear…

The world as I know it will never be the same again.

The Revelation of Light and Dark is book one of the Chronicles of the Stone Veil series and is best enjoyed if read in series order.

My mom was a redhead like me , but I only know that from the stories my dad tells or by old pictures of her. But my red is a bit different.

“Like fire ,” my dad would always exclaim with pride. It’s vivid, bright, and loud.

Classic heart-shape, pale skin, adequately full lips, and I was blessed with the best eyebrow shape in the history of women’s eyebrows.

–The Revelation of Light and Dark

He’s not classically handsome or even ruggedly good looking. He’s gorgeous in almost a feral-looking way.

Wild and sharp. He appears to be in his mid-thirties if I had to take a guess. Perfectly angled cheekbones, his strong, square jaw showing the hint of stubble that will be appearing before the evening is done. His dark hair— the darkest of browns bordering on almost black— is perfectly styled, cleanly trimmed on the sides, but slightly longer on top. He wears it swept back from his forehead, which must contain some product, yet it still looks natural. His brows are slightly on the thicker side, but they only serve to frame eyes that some people would say might be prettier than mine. Even across the room, I can tell they’re a light amber color that seem to shine with an ethereal luminescence.

–The Revelation of Light and Dark

Ok, so I know Tom doesn’t have light amber eyes BUT I seemed to always picture him in my mind whenever he came up in the story, even down to Tom’s accent (though I don’t think Carrick had one?!)😉🤔

How did I do? Anyone read this series? Have a magical day y’all!💜