I haven’t prepared anything for Friday Faves yet. 😮 Hopefully, I can figure something out for next week. But…Thanks to Sophie @BewareoftheReader

and Caro @cjrthebrit for inviting me to do this BUDDY READ of romantic fantasy: 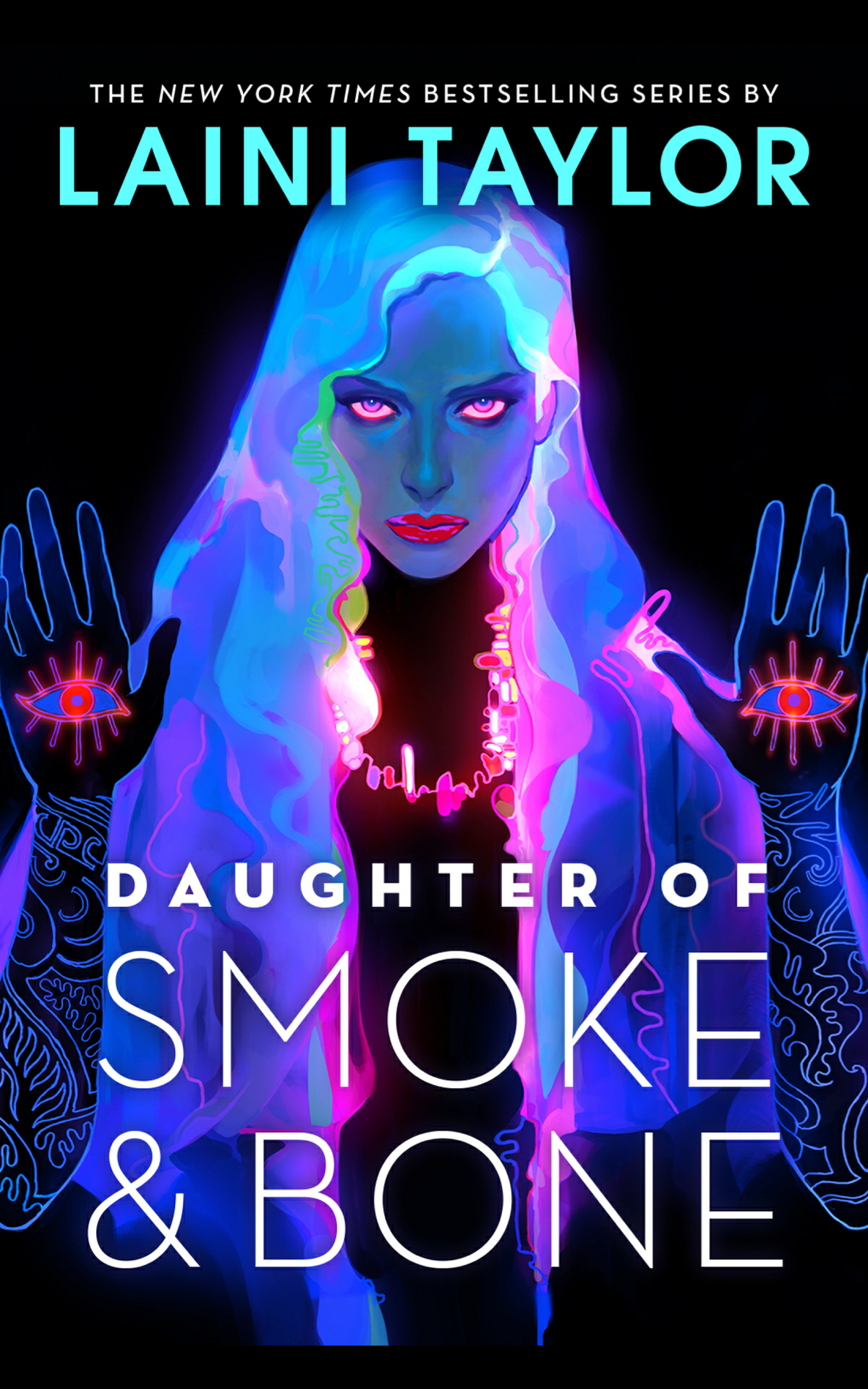 In a nation on the brink of war, a young art student’s star-crossed love begins to bloom in the first book of the New York Times bestselling epic fantasy trilogy by award-winning author Laini Taylor.
Around the world, black handprints are appearing on doorways, scorched there by winged strangers who have crept through a slit in the sky.

In a dark and dusty shop, a devil’s supply of human teeth grown dangerously low.

And in the tangled lanes of Prague, a young art student is about to be caught up in a brutal otherworldly war.

Meet Karou. She fills her sketchbooks with monsters that may or may not be real; she’s prone to disappearing on mysterious “errands”; she speaks many languages — not all of them human; and her bright blue hair actually grows out of her head that color. Who is she? That is the question that haunts her, and she’s about to find out.

When one of the strangers — beautiful, haunted Akiva — fixes his fire-colored eyes on her in an alley in Marrakesh, the result is blood and starlight, secrets unveiled, and a star-crossed love whose roots drink deep of a violent past. But will Karou live to regret learning the truth about herself?

Daughter of Smoke & Bone by Laini Taylor
My rating: 5 of 5 stars

Daughter of Smoke and Bone is the first book in the series. This is a young adult/coming of age fantasy with a soft cliffy!

Karou is a 17 year old orphan, living in Prague and attending art school. Her life has never been “normal” especially being raised by chimera. But when she meets the beautiful stranger, Akiva, Karou finds herself caught in a strange and unfamiliar fight for the odd people she considers family.

I’m not saying more because it’s a rather complicated plot and I don’t want to give any spoilers away! Honestly, a few blogger friends suggested a buddy read of this book and I’m SO..HAPPY..I was included because WOW! This story blew my mind! It takes place in several places around the globe but Karou lives in Prague and after finishing book 1, I found myself wanting to visit! The imagery is so vivid and gorgeous without being difficult to read. I became instantly immersed in Karou’s plight. Not only is the plot insanely detailed, it’s filled with these twists and turns that take your heart in all kinds of directions!

Karou is quirky and colorful and unique and I adored her strength. But I found myself immediately drawn to Akiva. He’s not your typical angel and he has a backstory that squeezed my heart! Then there’s all of the cooky, exotic secondary characters that had me scouring Pinterest looking for fan art…

I can not wait to explore the next installment!! If you enjoy radiant and whimsical fantasy with a touch of romance I totally recommend this one! This is my first book for my BEST OF 2021 shelf! Told from multiple POVs with a soft cliffhanger. I voluntarily read and reviewed this book.

Hi! I write fantasy books. My latest is STRANGE THE DREAMER, about a young librarian, a mythic lost city, and the half-human children of murdered gods. Check it out 🙂 Before that I wrote the DAUGHTER OF SMOKE & BONE trilogy, which has been translated into 32 languages. It’s about a blue-haired art student raised by monsters, a broken angel, and a war that has raged for 1000 years in another world. I also wrote LIPS TOUCH: THREE TIMES, which was a National Book Award finalist, and the DREAMDARK books. As well as various short stories and novellas.

This is an older book but still fab! Have you read it? Have a magical day y’all!💜