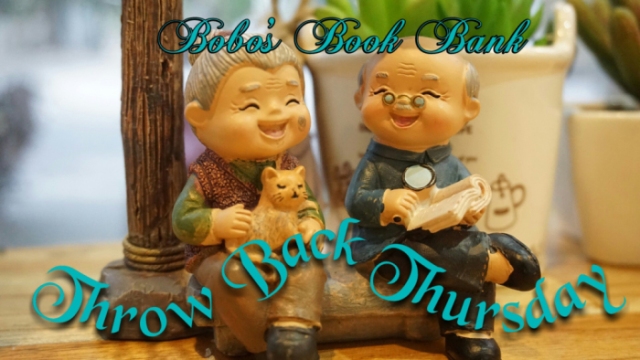 Throwback Thursday is a meme where I can share some oldies but goodies…books that are older than a year and have been sitting on my Goodreads TBR for awhile or books that I’ve read & enjoyed, often from my READ AGAIN E-SHELF.

I’ve seen this meme floating around for awhile now so I finally decided to jump on board. Thanks to Renee @ It’s Book Talk who started this meme…if you get a chance, go check out her blog!💜

Unthinkable (Beyond Human #1) by Nina Croft

Jake Callahan, leader of the Tribe, has always believed he’s one of the good guys. Now, hunted by the government he used to work for, he’s taking a crash course in being bad. What he desperately needs is a bargaining tool, and that’s unfortunate for Christa Winters, daughter of Jake’s former boss.

Christa is a scientist, a total geek, and a good girl with a secret hankering for bad boys. Which turns out to be embarrassingly inconvenient when she’s kidnapped by a stunningly gorgeous—but obviously bad-to-the-bone—man intent on using her against the father she loves. A man with a seemingly uncanny ability to know exactly when she’s thinking about kissing him—which is most of the time.

But people are dying, and it becomes clear that the stakes are much higher than Jake ever imagined. Someone is out to obliterate the Tribe and everyone associated with it, including Christa. Only by working together to uncover the secrets behind the past, can they ever hope to have a future.

Even after a good while on my TBR, I’d still like to read this book! Have a spectacular day y’all!💜