Hey y’all…welcome to my very first, MEET YOUR NEXT HEROINE! #WhoRunTheWorld🌹

We’re doing a spin-off of the Book Boyfriend Tour with a Book Heroines Tour.  Just like, International Women’s Day, which is celebrated in March, we want to continue showcasing heroines that come from all kinds of social, economic, cultural, and political backgrounds.

We’re excited to share with you the tour schedule for:  MEET YOUR NEXT BOOK HEROINE.

June 18:
Collector of Book Boyfriends (Angelica)
(Queenie from A Secret for a Secret by Helena Hunting)

June 23:
Beware Of The Reader
(Nina Zenik from Six of Crows by Leigh Bardugo)

Don’t forget to enter the giveaway on each post!

Let’s meet the choice for my favorite heroine in Romancelandia…INDY SAVAGE from Rock Chick by Kristen Ashley! This book was published in 2008 but regardless, it’s a book that I’ve turned to repeatedly whenever I need a respite or a pick me up. 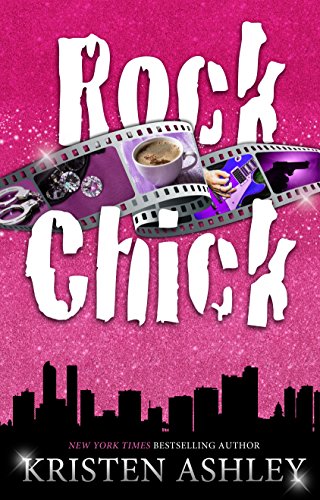 Indy Savage, cop’s daughter, rock chick and used bookstore owner, has been in love with Lee Nightingale, once bad boy, now the man behind Nightingale Investigations, since she was five years old. No matter what ingenious schemes Indy used to capture his attention, Lee never showed an interest and Indy finally gave up. Now Indy’s employee, Rosie, has lost a bag of diamonds and bad guys are shooting at him. When Indy gets involved, Lee is forced to help. Complicating matters, Lee has decided he’s interested, Indy’s decided she’s not. But she can’t seem to keep Lee out of her life when she’s repeatedly stun gunned, kidnapped and there are car bombs exploding (not to mention she’s finding dead bodies).

Here’s who I picture in my head as Indy. Think Scarlett Johansson a la Natasha Romanoff in Iron Man 2… 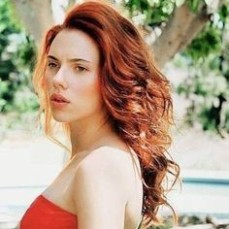 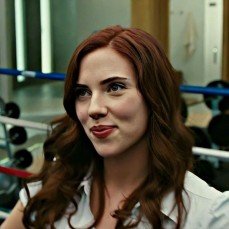 Now, here’s why I chose Indy:

~ She’s got a kick ass name

“I’m India Savage, known by all as Indy.”

“These days, I still go to rock concerts. I still listen to music way too loud. I still wear my red hair long and wild in a tangle of waves that fall in a deep V down my back. I still have some serious T&A. Let’s just say my body is my gift and my curse. A body like mine isn’t difficult to maintain—just feed it loads of crap to keep the curves, but keep in shape because you’ve got to lug it around everywhere.”

“This caused me, over the years, to perfect the art of the midday Disco Nap. Today was going to be a Disco Nap Day, I could feel it.”

“Maybe we should have this conversation in an alternate universe where Alternate Indy gives a shit what Alternate Lee wants her to wear.”

~ She knows when to lie and when to be truthful

“Rule Number One in the India Savage Life Code: When in doubt or possible trouble, lie.”

“There were certain times when honesty was the best policy. In my life those times didn’t come very often, but if there was the possibility that you might not get the first cup of coffee, and brutal honesty would get it for you, you had to be brutally honest.”

~ She has a fabulous sense of humor and sass

“If I but breathed a word of what it actually was like to kiss Lee, be held by Lee, or, dear Lord, what Lee looked like naked, I might cause a riot, even a war. I might have to arm myself and fight them all back lest Lee be torn limb from limb.”

~ Best of all, she’s incredibly loyal

“Both Lee and Eddie turned toward door number three. I felt the fury waves recede. They knew I’d put myself in front of a bus, a train or an assassin to save Ally.”

Has anyone read this one? What do you think about my choice? Have a rockin’ day y’all!💜

6 thoughts on “🌹Meet Your Next Heroine! 7 Reasons Why Indy Savage From Rock Chick (Rock Chick #1) by Kristen Ashley is My Favorite Female Character!🌹”