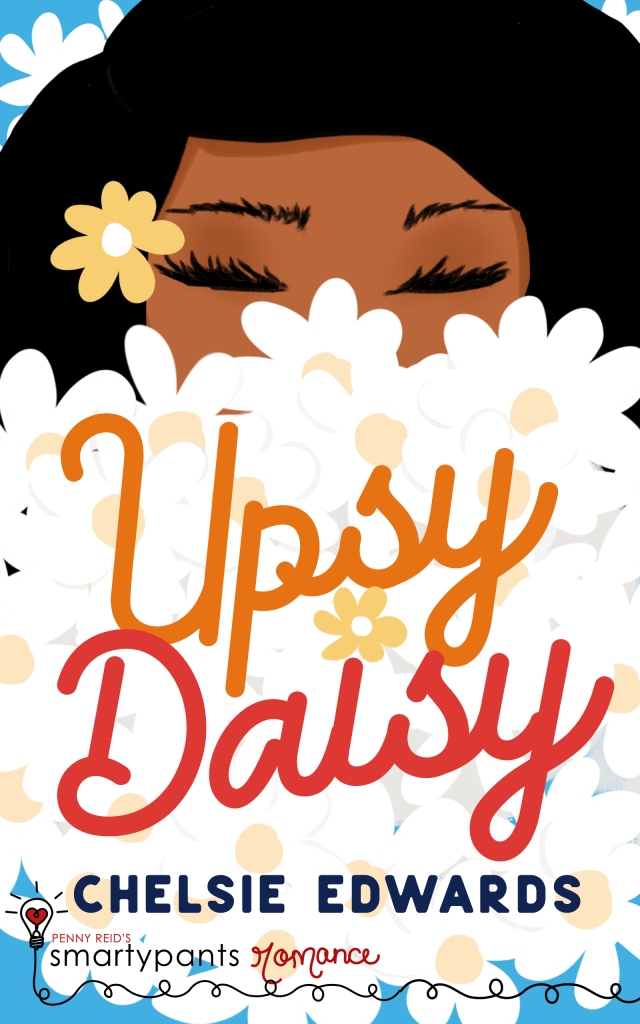 Daisy Payton has everything.

But perfection comes at a high cost, and Daisy is wilting. Determined to use college as her chance to bloom anew, she’s focused on only one thing, leaving the Payton name behind and forging her own path—even if she has to tell the teeniest of fibs to do it.

Trevor Boone has nothing.

Abandoned as a child.

Trevor’s lived at the edges of opulence for years, having all he’s ever desired dangled just out of reach. But his ambition is finally about to pay off and nothing will distract him from his goal—finishing college top of his class and starting life, on his own terms.

When Daisy and Trevor meet it’s clear from the start that they’ll tempt each other to distraction, can they learn to put their ambitions aside and fall or will they lose it all?

‘Upsy Daisy’ is a full-length romance, can be read as a standalone, and is book #1 in the Higher Learning series, Green Valley World, Penny Reid Book Universe. 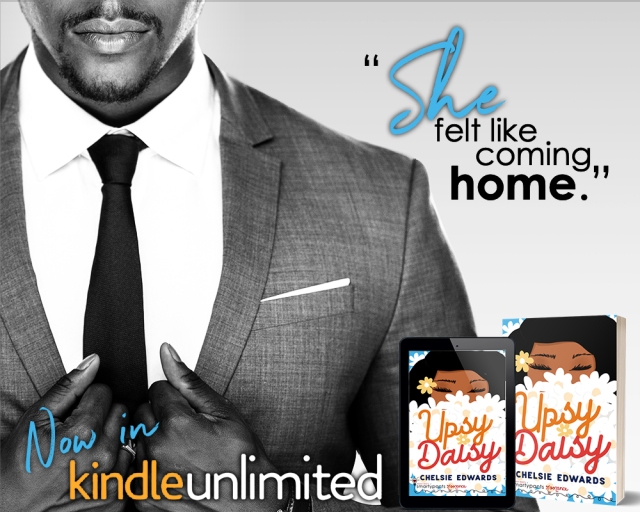 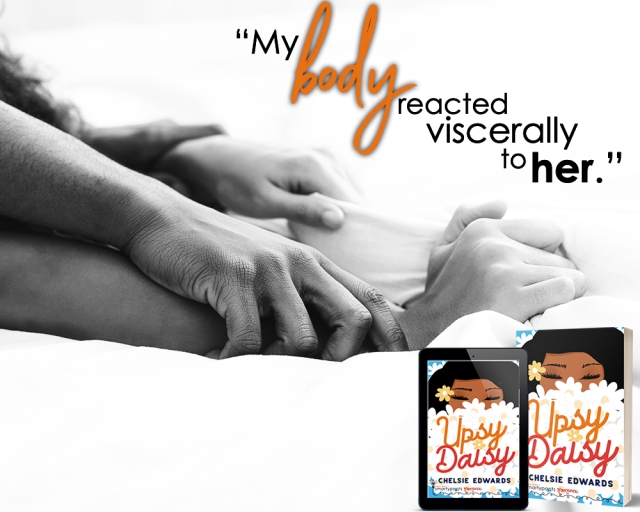 My room was small with pale yellow walls, one window on the far wall, two closets, two raised beds, and a single dresser. I’d beaten my roommate there and claimed the bed closest to the window. We’d made quick work of the cleaning and had gotten a good way through the decorating and hanging my clothes before Dolly flopped on the bed and called me to sit next to her.

I knew what was coming next. It was one of my favorite Dolly speeches. It was the “Today You Become a Woman” speech. My conservative guess was I’d become a woman twenty-three times in the last few years. It’d happened when I’d gotten my driver’s license, when I’d gotten asked to the junior prom, when I’d gone to the senior prom, graduation day … you get the drift. Dolly was good with marking milestones with big speeches.

She’d begin gently but I knew it wouldn’t stay gentle for very long, she would poke and pry and try to get me to cry and suddenly I was tired and ready for her to go.

I nodded, because I knew she hated when I nodded. Instead of reacting she simply stared and stared until I said, “Yes, it’s nice, a bit small for two people but I’m sure my roommate will be nice and we will make do,” I said it more hoping than knowing.

Dolly smiled, and then after a moment said, “Don’t be angry with your father …”

I stared at her confused, waiting for her to go on. She seemed to be struggling for words and so I patted her leg reassuringly. “Don’t worry, I’ll write him a letter. Or better yet, I think I saw a pay phone at the end of the hall, I’ll call him and tell him I’m not angry he couldn’t make the trip.”

She sighed. “No, Daisy, I know you’re not angry over that.”

There was another pause and she took a deep breath. “Daddy wanted to surprise you. He thought you might be more comfortable in your own room here since you have your own room at home.”

I continued to stare at her. “He called in a favor with one of his friends at the Alumni Association and they made special accommodations for you … someone will be by to collect the extra bed—”

“No,” I said more forcefully than I intended. I wasn’t angry with Dolly.

“I knew it would make you upset. There is no use trying to change what’s done.”

“Daisy, calm down. This isn’t the end of the world.”

How could I explain that it wasn’t the end of the world, it was a continuation of the same world.

And that was the problem.

Because Daisy Payton played a mean game of spades, and knew how to cornrow in every direction. She had a natural head for figures, and could even do three digit multiplication in her head. She loved the Temptations and could cut a rug on the dance floor with the best of them. She could bake better than your eighty-five-year-old granny. She studied geography for fun. She got a four-point-oh during the worst year of her life. She was good with potted plants but terrible in the garden; weeds were foes she could not defeat. She’d been kissed twice. Once was awful and once was amazing, so amazing that she did it again, and then again—so really four times, but three of the kisses happened in one session. And she wanted opportunities to roll that fifty-fifty dice again to find out how the next kiss would be.

Daisy Payton had a powerful father. (That poor man.)

Daisy Payton was a rich girl. (She’s not but it doesn’t matter if people think you are.)

She had a dead brother, who got murdered in Vietnam. (What a useless war.)

Daisy Payton had a mother who was there and then *poof* was gone from breast cancer. (Poor Daisy.)

Daisy Payton went from rich girl to poor girl. Poor little rich girl that everyone looked at with pity.

And she hated it.

She hated that everyone, everyone thought they knew her.

She hated the assumption that if they hurt with her, or worse, for her, then it made the pain better, as if that made it the entire community’s pain; when it absolutely didn’t.

She hated that she still read and reread the letters from her brother. Some of the pages had wrinkles from being crumpled in fits of anger because oh, she was so angry when he left. And then she felt guilty and stupid and horrified that she’d almost destroyed his letters when they were all that was left. Some were starting to show signs of age, yellow in some spots and the ink fading in others, and she hated that too because how could so much time have passed without him?

And she hated that her mother had been helping her shop for homecoming dresses and was buried before Thanksgiving. It had spread so fast.

She barely remembered her senior year.

She hated that her friends and family and perfect strangers spoke to her in hushed tones and assumed she was broken.

She hated that they were right.

For the whole of her life, the whole of Green Valley had treated her differently, and she absolutely hated it.

But she wasn’t in Green Valley now. And Daisy Payton had a plan.

Chelsie Edwards’ mother declared her a smarty-pants at 4 years old; now she gets to be one professionally. She manages project timelines by day and book timelines by night. She resides in the suburbs of Washington, D.C. and has no dogs, fish, or birds, but her neighbors cat “Buddy” keeps her company by sunbathing on her porch. Her debut novella is scheduled to be released Spring 2020 on Smartypants Romance and will chronicle Daisy and Trevor’s journey. 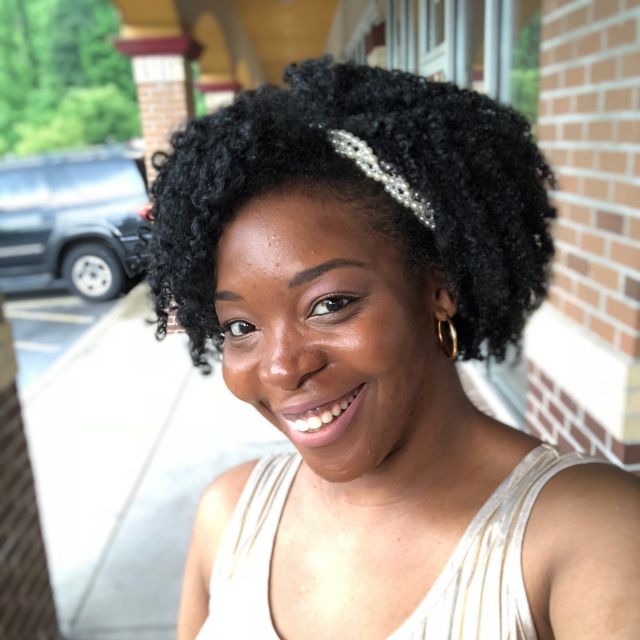