Release Date: May 14
Everyone thinks Dean Collins is too old for Fallon Blackwood. Her parents, her friends, even Dean himself.
In fact, he wants her to date guys her own age. But Fallon doesn’t care about that.
All she cares about is that she can’t take his eyes off Dean, her neighbor, her best friend, the guy who taught her to ride a bike and to climb trees.
All she cares about is that sometimes Dean can’t take his eyes off her, either. And that sometimes he looks at her like he wants to kiss her.
So it doesn’t matter that he’s thirty-two and she’s eighteen.
All that matters is that they belong with each other, and she needs to convince him of that.
Good thing they’re taking a cross-country road trip together, right?
California to New York; three thousand miles and a love story in the making…
*Featuring Simon Blackwood and Graham Edwards from ‘The Heartstone Series.’
**This is a STANDALONE NOVELLA. It was released as a part of Mixtape Anthology. Since then, it has been revised and expanded and re-titled.
Grab Your Copy Here:

California Dreamin’ by Saffron A. Kent

California Dreamin’ is a novella that’s a couple of hours of swexy-ness! It does have interconnecting characters from two other books, Dreaming of 18 and Medicine Man but can be read as a standalone.

Fallon Blackwood and Dean Collins have always been the best of friends. So what if Fallon is only 18 and Dean is 32? She knows that they belong together. Fallon just has to convince Dean to admit it…

This is a pretty straight forward older man/younger woman romance. Because of its length, there’s not a whole lot of angst between the main characters. However, I was delighted to not only have some of my favorite characters pop up in the story but also to get a few chapters thrown in from their POV! Plus, we get some teasers of a few new characters that might get their own stories?! Definitely something to keep an eye on!

Overall, if your looking for something to fill a few hours, this is a sweet and sexy shortie to scoop up! Told from various POVs with a happy ever after. I voluntarily read and reviewed this book. 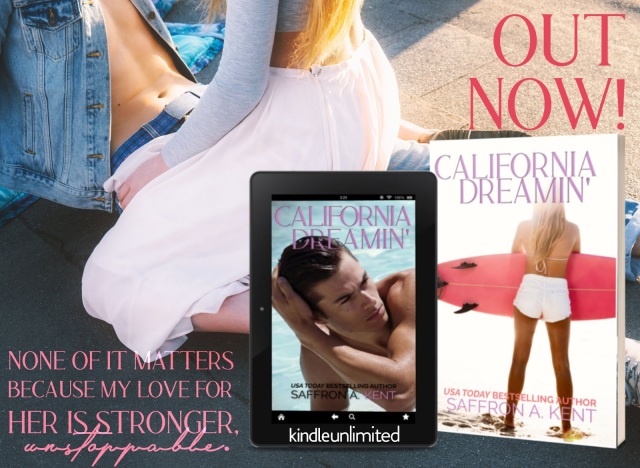 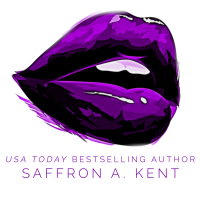 Saffron A. Kent is a Top 100 Amazon Bestselling author of
Contemporary and New Adult romance. More often than not, her love stories are
edgy, forbidden and passionate. Her work has been featured in Huffington Post,
New York Daily News and USA Today’s Happy Ever After.
She lives in New York
City with her nerdy and supportive husband, and a million and one books.