The Next Book In A Series

For the month of May…I’m getting lazy! I won’t list FIVE faves on Fridays but instead will feature ONE book each week. And while I’ve read soooo many romance series, I wanted to highlight the SECOND BOOK in a series. But I didn’t want you to pick up a book, jump into a storyline and then scratch your head because you have no idea what the heck is going on! So, for now, all the books this month will be standalones within each series. 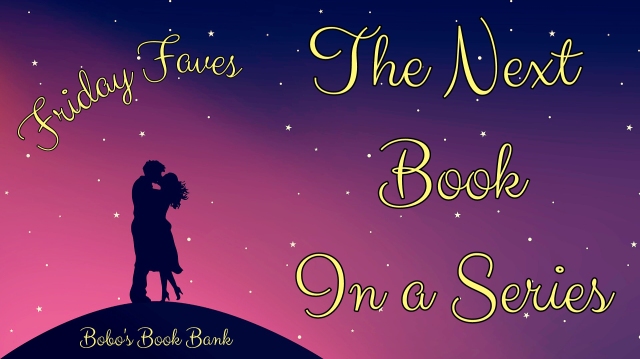 Warning: This is not a story about fate or destiny. This is a story about pain, sorrow, and suffering. This is an impulsive whirlwind romance between two lovers that are not meant to be together. Theirs is not a world with sunshine and roses. Instead, their love blossoms in a secret world full of crime, violence, and death. Their story is about what can be born from nightmares.

Danielle “Danny” West is the daughter of Deuce West, President of the Hell’s Horsemen Motorcycle Club. A sweet and beautiful girl, she loses her way, searching for things that are always out of her reach. Erik “Ripper” Jacobs is the Sergeant of Arms in the Hell’s Horsemen. Once a man who always had a smile on his face, his life takes a turn for the worst when a tragedy befalls him, leaving him scarred and broken. During a midsummer night, Danny and Ripper’s paths cross, forever changing their lives. Hastily, their lust turns to love until another tragedy forces them apart. On a journey that is marred with ugliness and chaos, Danny and Ripper must discover if their unforeseen connection can find the beauty in their world.

This is Danny and Ripper’s story.

Everything has beauty. Even the ugly. Especially the ugly.
Because without ugly, there would be no beauty.

Other Books In The Series:

This is an older series, I think book one was published in 2013 but it remains one of THE BEST biker romances around. It’s gritty as hell and makes no apologies about it! Does anyone remember this one? Have a fabulous day y’all!💜