Read for FREE in KindleUnlimited: Amazon

A tale of two suitors.

Hearts Eclipsed is a Beautiful Nightmare Companion Novel chronicling the downfall of Damina Nicaud’s love to one man and the rising of another. Narrated by both Jackson Nash and Dalcour Marchand, see the story unfold from their eyes

As Jackson grapples with losing the love of his life, he must overcome a dark family history and fears far worse than death in an effort to reclaim his lost love and stake his claim as the Prime Alpha he is meant to become.

Meanwhile, Dalcour races against a deadly deadline only to be caught off guard by a love that awakens the most dormant parts of his dark soul, bringing back a light he never thought he’d see. Betrayal and bloody contentions against vampire Scourges and Skull Wolves will ensue, but both men will soon discover their fight has only begun 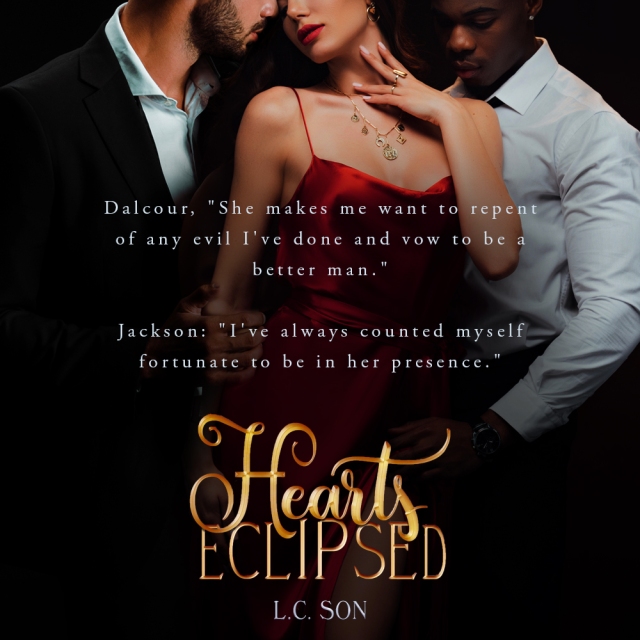 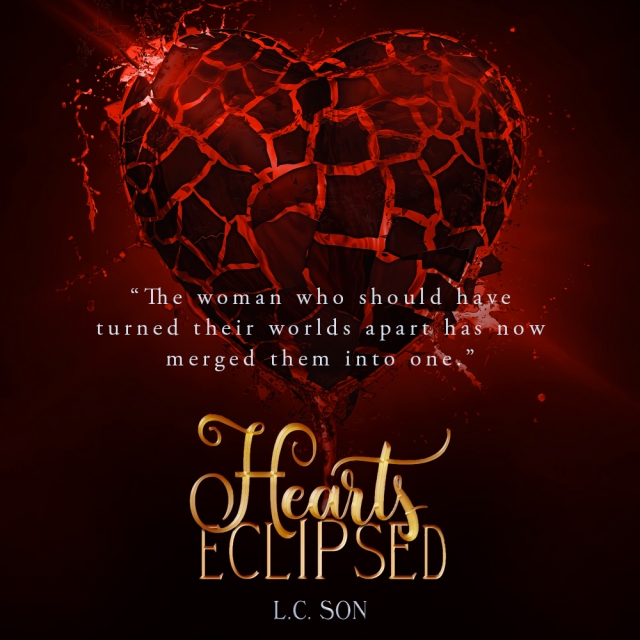 Also in the Series

L. C. Son has the life she’s always imagined and more. A wife to one and mom to three kids and a very regal Beagle, she would say she is living a life full of awesomeness!

Growing up, she spent hours reading comic books she “borrowed” from her older brother which inspired her love for heroes and all things fantasy and paranormal. Much like the characters she adored, she lives a duplicitous life. By day she works tirelessly to champion the employment of persons with severe disabilities. By night she puts on her wife-mom cape, sharing with her husband at their church and juggling their kid’s very active schedules.

Writing has always come second nature to her and a skill she uses in her professional career. Beautiful Nightmare is her first published work and she’s thrilled to finally bring to life the characters that have lived in the creative corners of her mind. Presently, she’s working on Book Two of the series and developing an anthology, Origins, in continuation of the Beautiful Nightmare series.