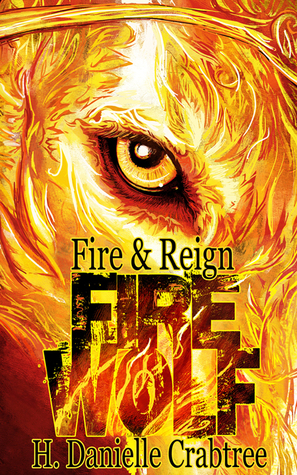 Since the fall of the royal house, the four kingdoms have been divided and at war, leaving many without necessities to survive. Lady Myah Leicht would do anything for her people, even risk herself—the future high lady of Nordlin—to join her friends to raid supply convoys and storehouses belonging to the enemy army against her uncle and his council’s wishes.

Garrett wants nothing more than to be done with the Osten Elite Guard, but his position as master keeps him close to the queen and close the secrets the resistance needs. But only one secret he keeps matters to the future of the four kingdoms.

And that secret could burn Myah’s world to the ground.

The wind picked up, howling through the unsheltered channel. It prickled every inch of Myah’s skin, blasting through her damp clothes. A chill raced up her spine when the gust died.

It was not the wind marking her end, but the cries of the wolves.

Myah would die to their song.

“I find you baffling.”

He laughed quietly. “I get that a lot.”

“If you don’t want to blackmail me, then what do you want?” she pushed.

He leaned forward as if to get a better look at her in the moonlight. “To test a theory.”

“And what is your conclusion?” She was curious now, much less afraid, although still untrusting.

Garrett’s breaths were becoming ragged. His blood, warm and hot and sticky, dripped down his chest. He could feel the moisture on his skin. He blocked a swing aiming for his head, and then took a knife to his left side. It was shallow, but his muscles knotted. He stumbled backward, lost his footing as he slipped in the snow, and went down hard on his side.

When he looked up, the man’s arms were raised over his head, the blade angled to drive it through Garrett’s chest. His breath caught. 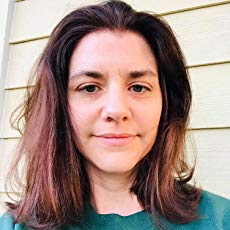 H. Danielle Crabtree graduated from the University of Oregon in 2004 with a professional journalism degree and worked in journalism as a writer and editor in Oregon and Arizona. She started freelancing as an editor in 2011.

Her poetry has been published in several literary magazines and anthologies, and she wrote with the G10 Writers group. Her first book with the group was published in 2011.

She lives in the heart of Oregon’s Willamette Valley with her two dogs. Outside her career in health care and her passion for writing, she enjoys hiking, gardening, and dog training, and she is pursuing a master’s degree in public health at Oregon State University.