Everything is clicking for the Vengeance. We may be new, but we’re well on our way to winning the championship, and I’m having the time of my life headlining the sports media as the hottest goalie—hell, player—ever. I for one am going to live up to my name . . . because I am Legend Bay.

Dragging my ass home from the gym, I’m blinded by some gaudy, glowing holiday lights. As usual, my hot-as-hell neighbor Pepper Nantais has gone way over the top. But just as I’m about to tell her off, something else catches my eye . . . Seems like Santa left me a present, and not one I was expecting.

As life takes an unexpected turn, I realize that there’s much more to Pepper than meets the eye. Sure, she’s gorgeous. And exasperating. And her taste in decorating may be a bit . . . unique.

But beneath her carefree demeanor is a fierce determination and a heart of gold. And before I know it I’ve fallen for her. Hard . . .

Pepper is exactly the woman I never knew I needed.

LEGEND is the 3rd book in the Arizona Vengeance series and while it can standalone, there are recurring characters.

Pepper Nantais is a “free bird,” an artist/children’s author who knows exactly who she is and what she wants. Legend Bay is the star goalie for the Vengeance hockey team. He lives next door to the eccentric Pepper and she really gets on his nerves! They’re totally opposite but when an unexpected twist puts Legend in a bind, Pepper steps in to lend a hand and as the two begin to learn about each other, they find that there’s more in common than what they first thought.

Excuse me while I fan-girl a moment because Sawyer Bennett absolutely scored with this one! {<= cheesy pun intended!} I always feel like I get so much more out of a Sawyer Bennett book than just a straightforward romance. I mean, the blurb sounds like a simple opposites attract love affair and the cover, while handsome, isn’t particularly intricate. But no, when you open this book, expect to find unique characters that tug at your heartstrings, a world where the people feel like they could be your friends regardless of status or class and a plot with bends and curves that takes you on a journey and leaves you with a grin.

We’d briefly met Pepper and Legend in previous stories and I was so excited to see them get their HEA! Pepper was so awesomely strong, quirky and distinctive. She stood by Legend through all the drama he found himself in without being intimidated or questioning her self worth. And without going into too much detail about Legend’s crises, his character was definitely tested time and again. He had a lot of crap flung at him but with Pepper’s help, he was able to overcome every obstacle. I loved that Legend didn’t let his ego get in the way of reaching out to Pepper when he needed her. He wasn’t a wimp by any means but he knew his limits.

You don’t need to understand hockey to love this book, you just need to enjoy the ride! Told from dual POVs with a happy ending. I voluntarily read and reviewed this book. 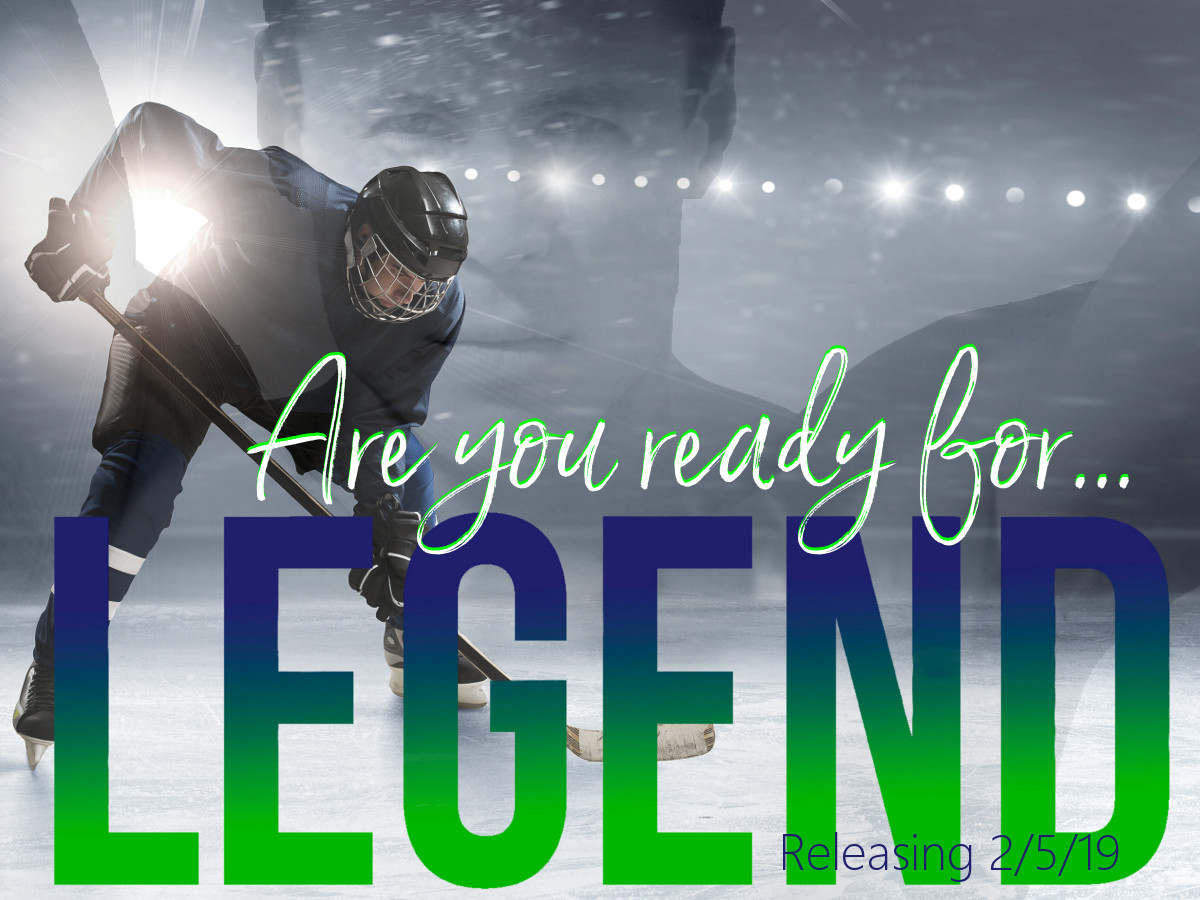 Happy Sunday y'all! I just finished a FAB book by @tjklunebooks called House in the Cerulean Sea! Doesn't this pic remind you of the sea?!🤪😍 What's the last 5 star book you read?
Brrr...it's so fracking COLD still! Seriously tho, to my fellow Texans who're like me and never been through a winter storm like this..stay warm and safe! I hope you're able to snuggle under a pile of blankets and read a good book!🤩
Happy Valentine's day y'all! Who's your BOOK BOYFRIEND? I have several:
Holy CRAP..it's COLD! I actually have to break out some sweaters this week! 🤣🤣
This one is fun! What's the YA fantasy title of your book? Mine is:
Reading is SEXY!! I just started a NEW buddy read book by @kristenashleybooks called STILL STANDING! (and loving it)🥰 What are you reading this weekend?