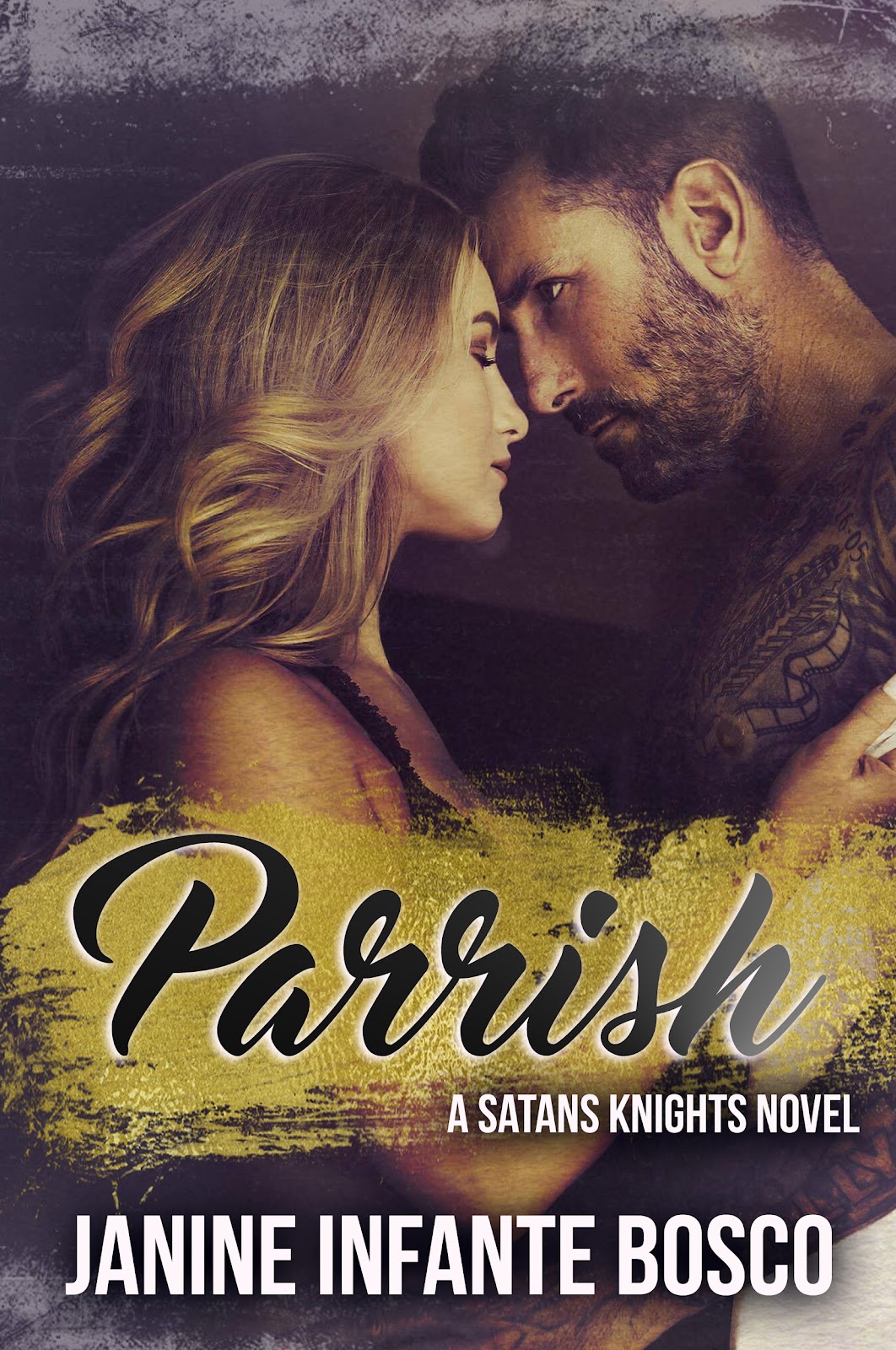 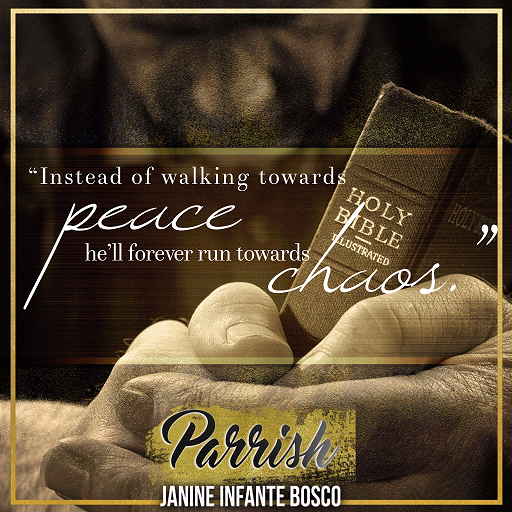 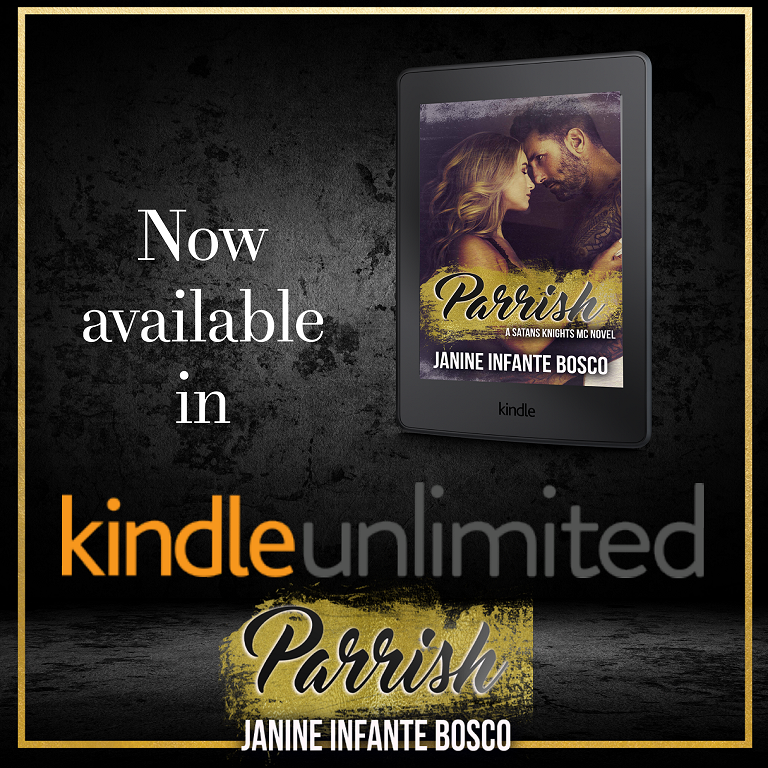 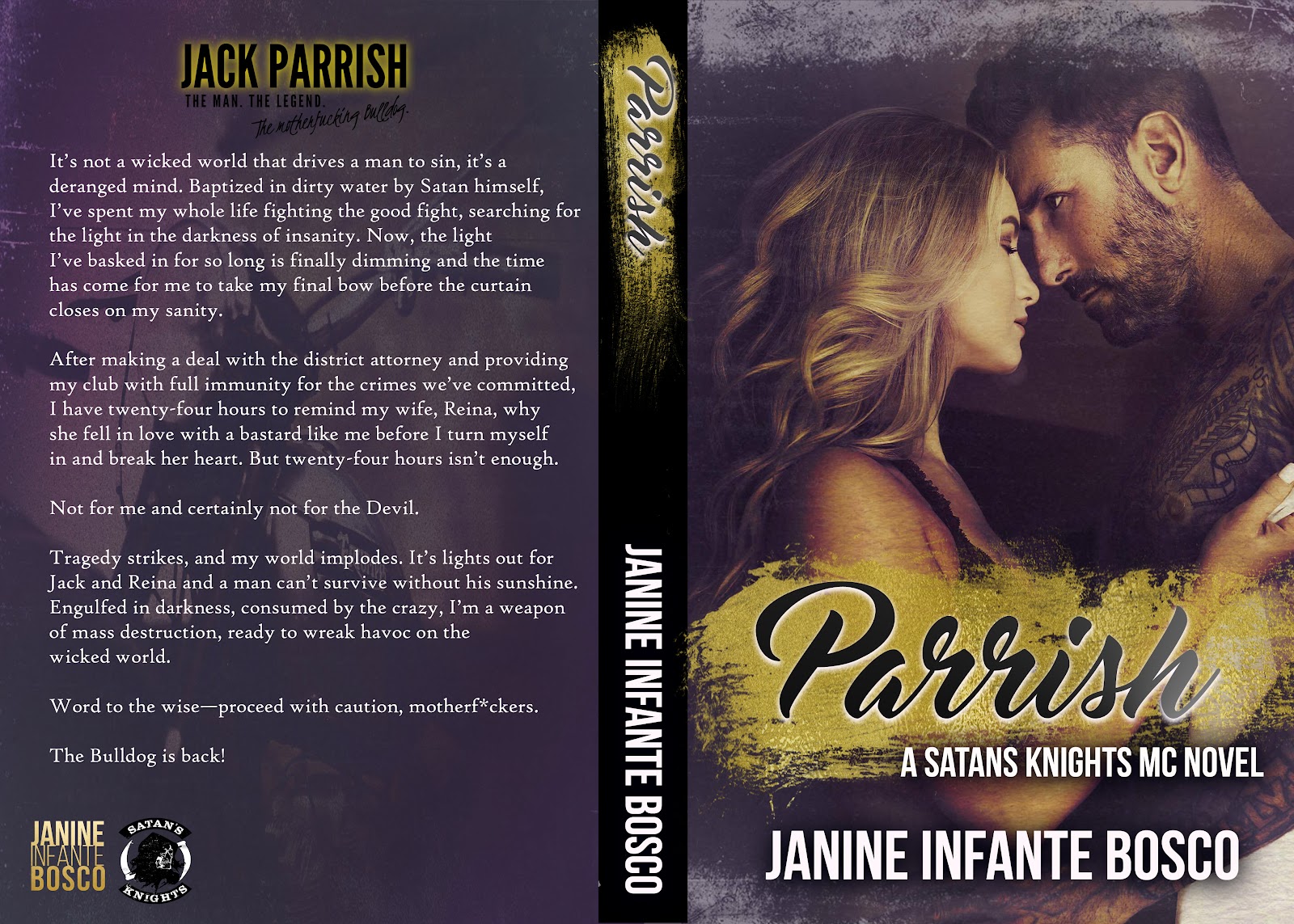 .•´✶Blurb.•´✶
It’s not a wicked world that drives a man to sin, it’s a deranged mind. Baptized in dirty water by Satan himself, I’ve spent my whole life fighting the good fight, searching for the light in the darkness of insanity. Now, the light I’ve basked in for so long is finally dimming and the time has come for me to take my final bow before the curtain closes on my sanity. After making a deal with the district attorney and providing my club with full immunity for the crimes we’ve committed, I have twenty-four hours to remind my wife, Reina, why she fell in love with a bastard like me before I turn myself in and break her heart. But twenty-four hours isn’t enough. Not for me and certainly not for the Devil. Tragedy strikes, and my world implodes. It’s lights out for Jack and Reina and a man can’t survive without his sunshine. Engulfed in darkness, consumed by the crazy, I’m a weapon of mass destruction, ready to wreak havoc on the wicked world. Word to the wise—proceed with caution, motherf*ckers. The Bulldog is back!

Jack “Bulldog” Parrish and his wife, Reina have been the patriarch and matriarch of the Satan’s Knights MC for a long time. Jack is getting ready to surrender to the district attorney, taking the blame for a crime that his vice president and son-in-law committed. He’ll be leaving behind Reina, his “Sunshine,” as well as their young son. But Jack’s ride is never smooth and twists and turns will try their best to rip his life apart.

GAH! This book! Seriously, I cried through like the first 30%. Without a doubt, this is one of my favorite books of 2019 and I don’t say that lightly. There’s a lot of subplots, bends and curves that’ll leave you breathless so I won’t go into too much detail about the storyline and inadvertently give any spoilers away. Instead, I’ll give you some of my impressions.

1. Jack is not a good man but he loves with his entire soul. He’s done terrible things, lived his entire life as an outlaw. He’ll tell you the truth no matter how brutal. He is the epitome of the term, “anti-hero.” Crass and vulgar to the core, he’ll shock your senses and make no apologies. BUT…with every breath, every word, every action he takes, Jack’s withered old heart is filled to the brim with love for his family, his brother’s, his children and especially, Reina. SWOON!

2. Jack suffers from manic depression, he truly teeters on the edge of sanity. My heart bled for him and everything he went through. And although he had setbacks, he always managed to find the strength to endure. Admirable.

3. Reina is the core of steel that walks beside her husband no matter what. She’s the backbone, the spirit, the glue that holds Jack together. A bad ass in her own right, she doesn’t fight with fists or guns but rather with her heart. She is the light to Jack’s darkness. I wanna be Reina when I grow up.

4. This story will take you on an emotional journey through hell and back. It’ll wring you dry and then leave you with a smile. Are you ready to be PROPERTY OF PARRISH?

Told from dual POVs with a happy ending for Jack and Reina plus a small taste of what’s next for the Satan’s Knights. I voluntarily read and reviewed this book. 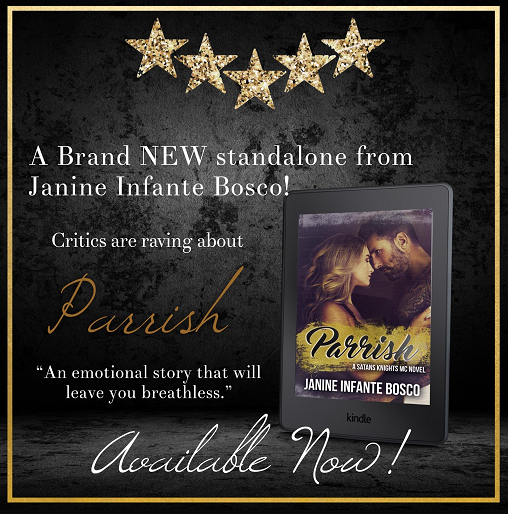 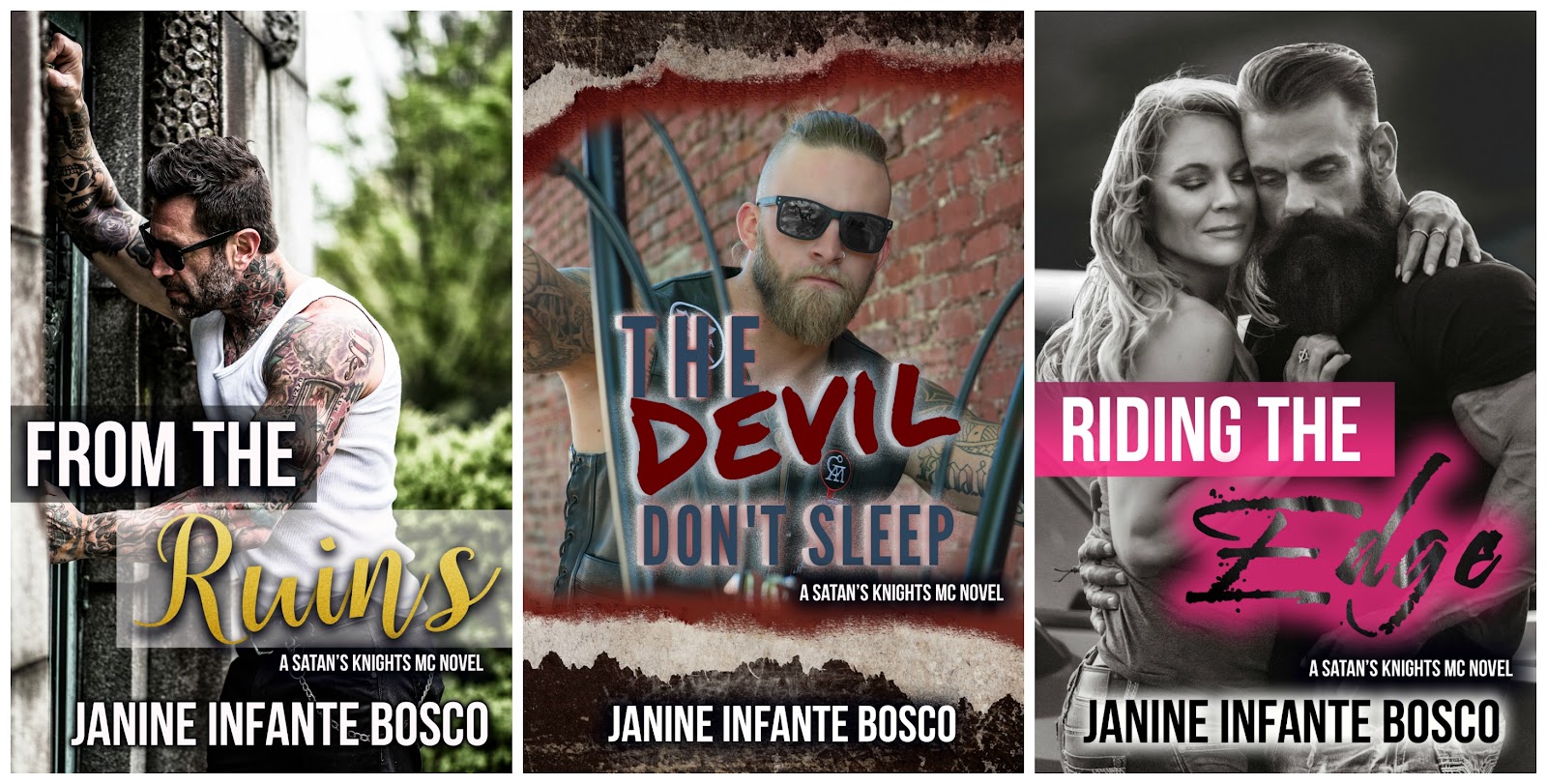 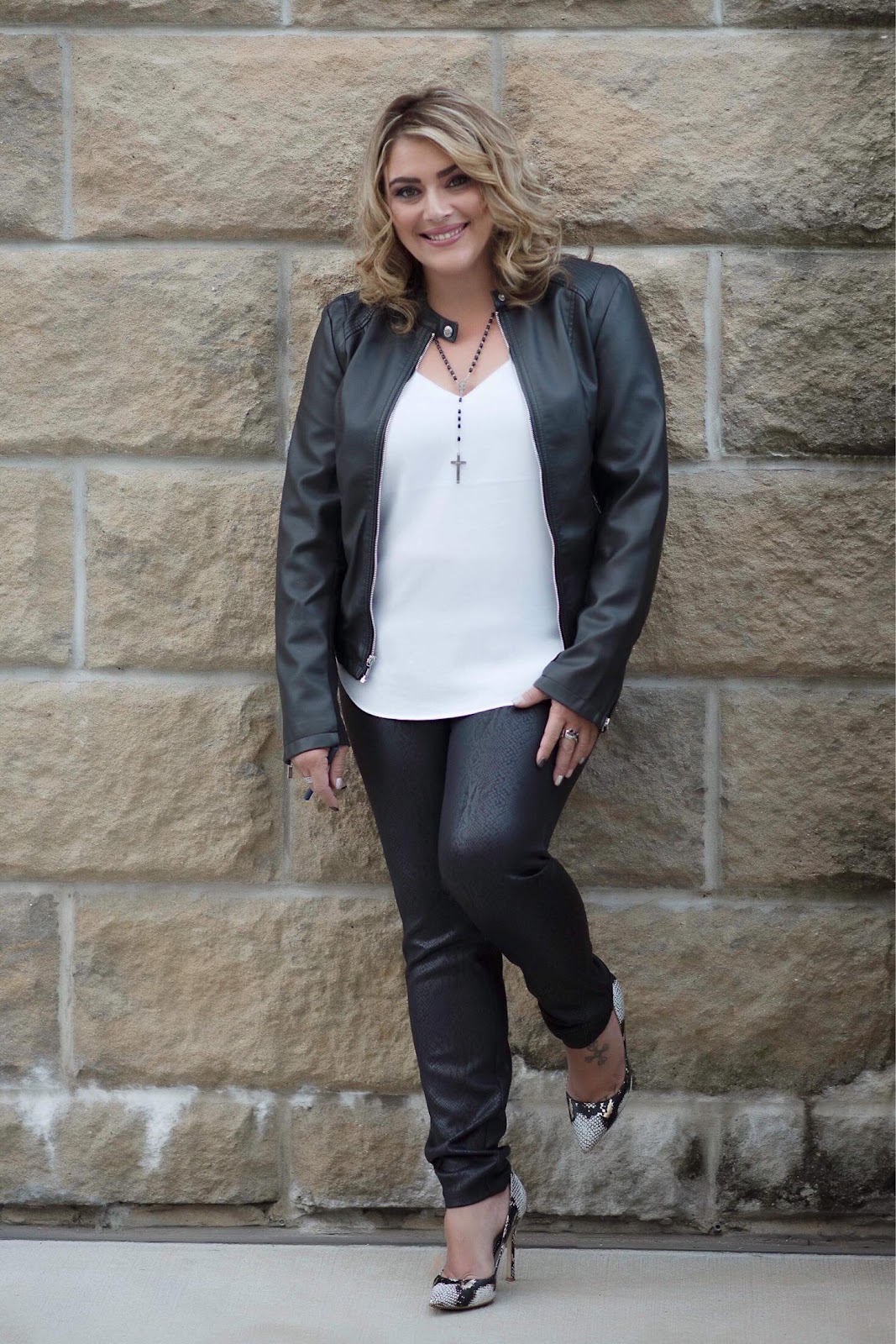 .•´✶ABOUT AUTHOR JANINE INFANTE BOSCO¸.•´✶
Janine Infante Bosco lives in New York City, she has always loved reading and writing. When she was thirteen, she began to write her own stories and her passion for writing took off as the years went on. At eighteen, she even wrote a full screenplay with dreams of one day becoming a member of the Screen Actors Guild. Janine writes emotionally charged novels with an emphasis on family bonds, strong-willed female characters, and alpha male men who will do anything for the women they love. She loves to interact with fans and fellow avid romance readers like herself. She is proud of her success as an author and the friendships she’s made in the book community but her greatest accomplishment to date would be her two sons Joseph and Paul.
¸.•´✶CONNECT WITH JANINE¸.•´✶
Website: http://www.janineinfantebosco.com/ Facebook: https://www.facebook.com/janineboscoauthor/ Twitter: https://twitter.com/JanineBosco
Janine’s Land of Temptations Facebook Group: https://www.facebook.com/groups/1730045370558131/ Pinterest: https://www.pinterest.com/grassking205/ Goodreads: http://bit.ly/1FJa8S3
Follow on Instagram: https://www.instagram.com/janinebosco/ Newsletter: http://bit.ly/29Dfru4 Amazon Author Profile: http://amzn.to/2b98hQM Bookbub Author Profile: http://bit.ly/2kXDpo1