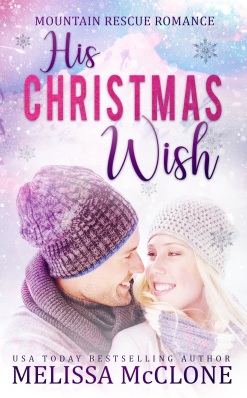 His Christmas Wish
Carly Bishop loved Christmas…until tragedy struck. Distraught and grief-stricken over the deaths of her fiancé and brother, she left Hood Hamlet and her Christmas spirit behind, to start over somewhere new. But now, six years later, her family needs her. Carly returns home to face her past and give her niece and nephew the best Christmas ever.
Burdened with guilt, Jake Porter believes he could have saved his two friends on that fateful day and kept Carly from experiencing such a heart-wrenching loss. When she arrives in town, Jake wants to make amends so they can both finally move forward with their lives.
As Jake helps Carly experience the magic of Christmas so she’ll embrace the holiday again, will he also be able to open her heart to something else she’d given up on…love?

Her Christmas Secret
Sean Hughes likes being single—much to his family’s dismay. They want him to settle down…now. When he gives fun-loving snowboarder Zoe Flynn a ride to the slopes, Sean hatches a plan to throw off his matchmaking relatives. He asks Zoe to pose as his girlfriend at Thanksgiving dinner, which will take the pressure off him and make the evening more enjoyable all around.
Zoe agrees to be Sean’s fake girlfriend. Who wouldn’t want a free meal or a chance to hang out with the handsome mountain rescuer and his adorable husky? When an injury occurs, the two are forced to continue their one-night ruse. As Christmas approaches, make-believe turns into reality. But Zoe has a secret…a big one.
Is their new relationship strong enough to withstand the truth, or will she find herself with no one to kiss at midnight on New Year’s Eve? 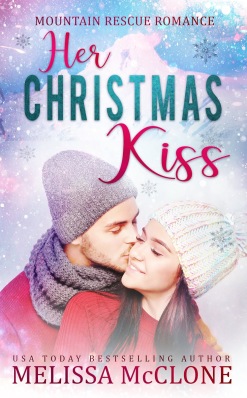 Her Christmas Kiss
Paramedic Leanne Thomas works hard to be “one of the boys” at the fire station and on the mountain. What the guys don’t know is she keeps her inner girly-girl hidden from them. When gorgeous, rookie firefighter Christian Welton turns on the charm, Leanne shuts him down fast. She won’t risk her heart or her reputation by dating a younger man who is also a coworker.
Leanne intrigues Christian. After she rescues him off the mountain, he glimpses a softer, more vulnerable side to her tough-as-nails personality. Christian’s not looking for a relationship, yet he can’t deny his attraction. A surprise kiss under the mistletoe sparks a three-alarm fire, but something is holding her back.
Will Christian’s kisses break through Leanne’s tough exterior and melt her heart? Or will a dash of Christmas magic be required? 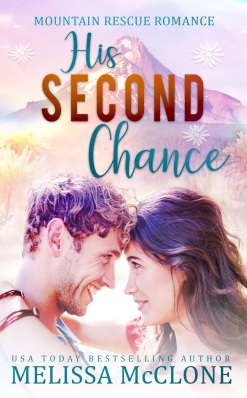 His Second Chance
Nothing interests Sarah Purcell more than the volcanoes she studies until she meets Dr. Cullen Gray. Maybe that’s why she marries him two days later. Illogical, yes, but nothing has ever felt so right. As the honeymoon period ends and real life sets in, everything falls apart. A year after their separation, when Sarah is injured, she’s shocked when Cullen shows up to help.
Even though Cullen’s still hurting from their breakup, Sarah has no one else. He brings her to his home in Hood Hamlet to heal. Once she recovers, she can return to her beloved work and he can move on with his life—without her. But soon, sparks fly anew, long-buried emotions resurface, and much-needed conversations happen.
Is Sarah and Cullen’s marriage truly over? Or will they get a second chance at romance and a happily ever after? 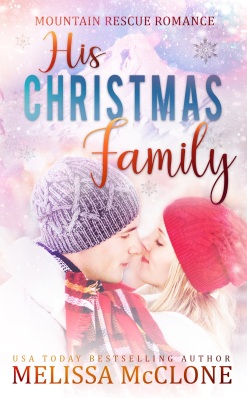 His Christmas Family
Two and a half years after Grace Wilcox’s husband died a war hero, the hole in her heart and life remains. She wants to start over with their young son, but a snowstorm thwarts her plans, stranding them in Hood Hamlet. When Grace knocks on a stranger’s door in search of help, a handsome firefighter comes to the rescue.
Bill Paulson invites the two wayward travelers into his home. A relationship and family aren’t on his radar, but something about the widow and her son touches Bill’s heart. While Grace’s truck is being repaired, she wants to give her son a special Christmas. An overgrown kid who loves the holidays, Bill decides to do the same for Grace.
Attraction soon flares between Grace and Bill, but she won’t gamble her heart on another hero and he doesn’t consider himself husband material. Can a little Christmas magic show them love and a family are worth the risks?

USA Today bestselling author, Melissa McClone has published novels with Harlequin and Tule Publishing Group and been nominated for Romance Writers of America’s RITA® award. With a degree in mechanical engineering from Stanford University, Melissa worked for a major airline where she traveled the globe and met her husband. But analyzing jet engine performance couldn’t compete with her love of writing happily ever afters. Melissa lives in the Pacific Northwest with her husband, three children, two spoiled Norwegian Elkhounds, and cats who think they rule the house. They do!

“It’s my mother. She thinks we’re serious. You and me. That I invited you to dinner because we’re in a relationship.”
Lines creased Zoe’s forehead. “Why would she think that?”
Because his mother was a hopeless romantic who wanted her son to get married so she could have grandchildren. “Because I’m bringing you to Thanksgiving dinner.”
“That doesn’t make any sense.”
“My family never makes much sense.”
“Haven’t you ever brought anyone to Thanksgiving dinner before?” Zoe asked.
“Not in a long time.” Sean tried to keep his personal life as private as he could. Not easy living in a small town full of close friends and a large, demanding family who defined the meaning of nosy. “That must be why my mom got the wrong idea.”
“You have to admit it’s kind of sweet.”
“Imagine if it were your mother.”
Zoe winced. “Okay, not sweet at all.”
“My mom’s probably calling my aunts, who will call my cousins…”
“It’s not a problem. Just a little misunderstanding.” Zoe didn’t sound upset. “We can tell everyone the truth when we arrive. Have a good laugh about it.”
He stared at the snow on the side of the road. “Right.”
“You’re not laughing,” she said gently.
“Nope.”
“I don’t have to go.”
“You’re not spending Thanksgiving alone.” Sean wasn’t going to let her get away that easily. He blew out a puff of air. “My mom’s expecting you now. If you didn’t show up, she’d be disappointed. She looks forward to the holidays all year. I don’t want to ruin her day.”
“She’s going to be disappointed anyway when we tell her the truth.”
“Yeah. Unless…” His voice trailed off.
We couldn’t, could we? The idea had merit.
“What?” Zoe asked.
“We could pretend to be dating,” he suggested. “Just for today.”
“That could be fun.”
“Yeah.” And solve his problem. Problems, actually. His mom’s Thanksgiving would be salvaged, his opinionated family couldn’t say anything about him settling down, and he would get to spend time with Zoe. A win-win situation for everyone. “You in?”
She shrugged. “Sure.” 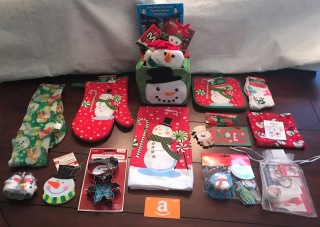