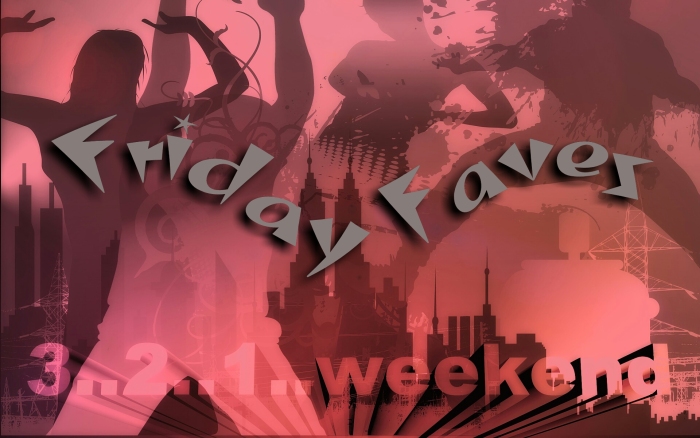 Hey y’all! Happy Friday everyone…I hope y’all had a terrific week. My kids have been home for almost a month and are being lazy sloths!😂😂 Mr. A has also been home for about a month and he’s climbing the walls. He probably won’t be going back to work for at least another month so I’m basically doing all my reading in the middle of the night after everyone finally goes to bed. GEEESH!😣😣

For the last day of June’s FRIDAY FAVES, I’m highlighting FIVE FAVORITE LGBTQ ROMANCES in honor of PRIDE month. Although I adore reading same-sex romance, I really haven’t read a whole bunch of this trope (I tend to read contemporary or dark romance). Also, I mostly read M/M romance though I have read a few bisexual and lesbian love stories. And no, I have nothing against this trope, I mean, what’s hotter than two gorgeous men kissing?!?😳😳

I’m also proud to say that my son is openly gay. He’ll be going to our city’s PRIDE FESTIVAL & PARADE this weekend in support of this extremely important movement. Quick story: My son was dating a boy from school. Unfortunately, the boy had no support at home and was in fact, scared to come “out” to his parents and family. That poor boy was so depressed and miserable, it broke my heart! I’m not one to preach but PLEASE, PLEASE, PLEASE…appreciate the beauty of our children!💙💙 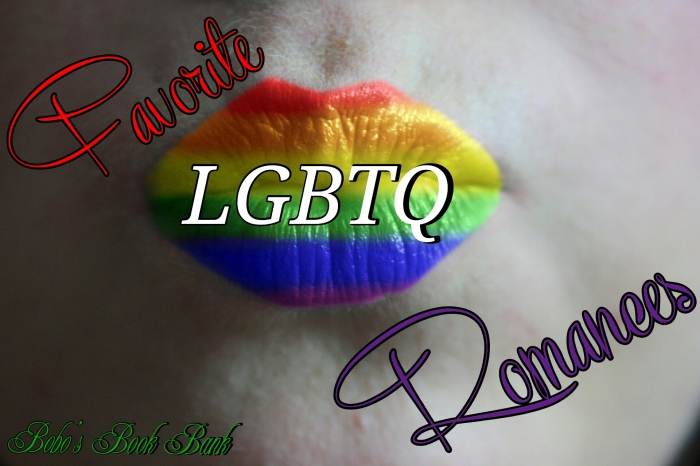 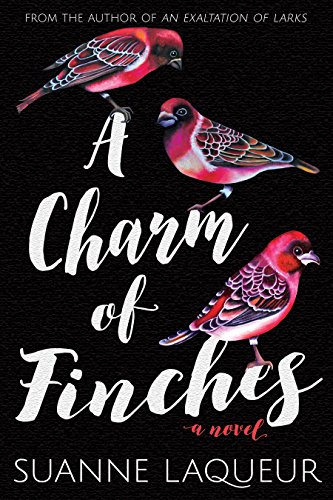 A Charm of Finches (Venery #2) by Suanne Laqueur

“I swear. Give me one more chance and I will make the most of it.”

Ex-hustler Javier Landes is asking for his third chance at love. The third time proves to be the charm when he meets a Manhattan art therapist named Steffen Finch. What starts as casual and curious deepens into a passionate, soulful relationship—everything Jav has ever wanted, and everything he fears losing.

Stef’s business card reads Curator & Sailor. His creativity and insightful nature have made him into a talented therapist, the one to call for tough cases. His professional success can’t conceal a deep need to connect with someone, but Javier Landes is the last person Stef expected.

Geronimo “Geno” Caan is Stef’s most challenging case. To cope with his ordeal, he’s allowed an alter-ego called Mos to make decisions, and now lives a double life within a web of lies. Under Stef’s navigation, Geno uses art to express what Mos forbids to be spoken aloud. But as Geno’s attachment to Stef gradually extends to Jav, the boundaries between professional and personal begin to blur.

Over the course of a year, Jav, Stef and Geno form an unexpected and unconventional triangle, revealing how men make love in times of war and how love is a great wisdom made up of small understandings. The long-awaited second book of the Venery series, A Charm of Finches is an epic tale of survival and secrets guaranteed to make you think and feel and remember. 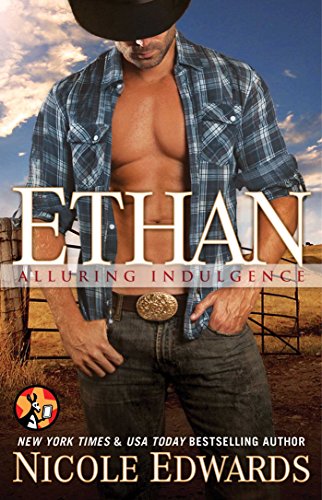 How long did it take you to find your place in the world?

For Ethan Walker, going through the motions of life, keeping his distance, and never getting attached has become the mantra he lives by. Success is measured by how many hours he can work and how little attention he can draw. That was until he landed on Beau Bennett’s radar. Until Beau, Ethan had never met a man who could get him to question his own logic and even consider taking a different path.

Beau Bennett knows exactly who he is—now. It might’ve taken him some time to figure it out, but now that he has his bearings, Beau has set his sights on the mysteriously sexy Ethan Walker. Pursuing someone has never been his style, but something is telling him to keep at it because the end result is going to be worth it.

Now that they’ve found one another, how long will it take Ethan and Beau to accept that their place in the world is…Together? 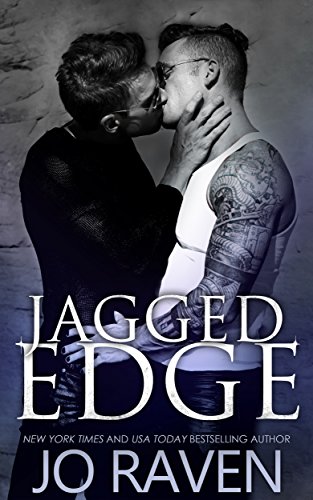 I don’t want Jason Vega.
Not at all.
It’s the worst idea ever.
Ah hell…

Jason is handsome. Smart. Dangerous. Hot.
He’s goddamn gorgeous—but he’s also sleeping on the street, hanging out with the local biker gang and selling his body for a living.
Our lives, our paths couldn’t be further apart. I’m crawling toward the light, while he’s falling into the dark.
But it doesn’t matter how different we are, or what logic dictates.
I really shouldn’t want Jason Vega—but I just can’t stop.
He’s under my skin, and sinking deeper…

Trigger Warning: violence and s*xual abuse
This is a M/M (gay) romance and it tells the story of Jason and Raine whom you may have met in JESSE (Damage Control 2) and OCEAN (Damage Control 5). It is super hot, and angsty, and violent, but with a guaranteed Happy Ever After. 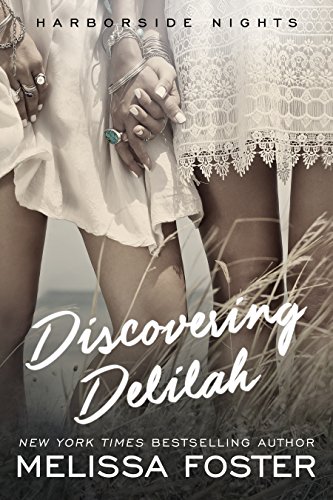 In DISCOVERING DELILAH…
After the death of her parents on the day of her college graduation, Delilah Armstrong thought she could finally follow her heart and come out to her closest friends, but the guilt of going against her parents’ beliefs haunts her. The feelings she has for her best friend, Ashley, are stronger than anything she’s felt before, but Delilah has never even kissed a girl, and fear stops her at every turn.

Ashley Carver promised herself that she would never again date another girl who wasn’t out, but that was before she met intoxicatingly sweet and sexy Delilah.

When another girl offers to teach Delilah the ropes, it changes Delilah’s whole world and gives her the courage to go after the only girl she really wants. But coming out isn’t as easy as Delilah imagined, and moving past her parents’ death and the feelings of guilt she is left with is even harder. The intense passion between Ashley and Delilah is too strong to deny, but coming together means risking everything.

Discovering Delilah is an edgy, evocative, romantic story of friendship, family, and the courage to love. 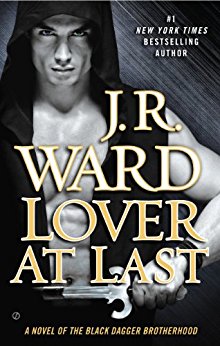 Qhuinn, son of no one, is used to being on his own. Disavowed from his bloodline, shunned by the aristocracy, he has found an identity as a brutal fighter in the war against the Lessening Society. But his life is not complete. Even as the prospect of having a family of his own seems within reach, he is empty on the inside, his heart given to another….

Blay, after years of unrequited love, has moved on from his feelings for Qhuinn. And it’s about time: it seems Qhuinn has found his perfect match in a Chosen female, and they are going to have a young. It’s hard for Blay to see the new couple together, but building your life around a pipe dream is just a heartbreak waiting to happen. And Qhuinn needs to come to terms with some dark things before he can move forward…

Fate seems to have taken these vampire soldiers in different directions, but as the battle over the race’s throne intensifies, and new players on the scene in Caldwell create mortal danger for the Brotherhood, Qhuinn learns the true meaning of courage, and two hearts meant to be together finally become one.

Have you read any of these books? Are there any same-sex books that you’d recommend? Happy Friday, y’all! 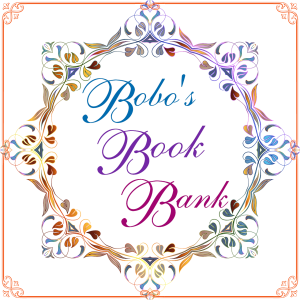 This is SO me!☺️ Question: How do you arrange your bookshelf? I tend to stack/stand mine according to author and genre! . . . #bookshelves #booklover #bibliophile #bloggergirl #bloggermom #bloggersdoitbetter #booklover #bookshelf #bookworm #bookhaul #booksonthebrain #bookalicious #bookwhore #bobosbookbank
Ummm...yes, please! Save my kitty!☺️🤣 . . . #savemykitty #hottie🔥 #hottieswithbodies #tattoomodel #badboysforlife #badboystyle #bloggersdoitbetter #booklover #bookshelf #bookworm #bibliophile #bloggergirl #bloggermom #bobosbookbank #saturdaymood
Dying for Rain by B.B. Easton My rating: 5 of 5 stars Dying for Rain is the final book in The Rain Trilogy and must be read in order. This is an apocalyptic new adult romance. I’m placing this bad boy on my BEST OF 2020 shelf! Rain and Wes find themselves in trouble yet again. They’re immediately separated and desperate to save each other. Will their love survive this new threat? Will the world survive? After a doozy cliffhanger from book 2, this one takes off right where we left it. And the suspenseful action just keeps going and going! In a world where the Mad Hatter seems sane, the drama had me biting my nails all night. This is not just a flimsy love story or even survival of the fittest…it’s about love surviving during the lowest of times. It’s about making the ultimate sacrifice for your one true soulmate. About finding your inner strength & courage, fighting for what you believe in and never giving up. This is one of my favorite kind of stories because it’s expertly character driven. No, Rain was NOT the perfect heroine, she didn’t have all the answers and half the time I was yelling at her to find her lady balls. BUT. I definitely felt like her character blossomed and grew right before my eyes! And of course, I was already madly in love with our bad boy hero, Wes, though I think his story was mostly told in book two. Wes and Rain’s romance was masterly crafted, well written and a story that I know I’ll be visiting again! Told from dual POVs with a sweet, happy ending. I voluntarily read and reviewed this book. . . @author.bb.easton #5stars #bestof2020 #readagaineshelf #romanticsuspense #badass #bloggermom #bibliophile #bloggerstyle #bloggergirl #bloggersdoitbetter #booklover #bookshelf #bookworm #bobosbookbank #bookrecommendation
Yup...its one of those days! Happy Friday y'all! 🥰 . . . #fridaymood #fridayvibes #fridayfeeling #bibliophile #bloggerstyle #bloggergirl #bloggermom #bloggersdoitbetter #booklover #bookshelf #bookworm #bobosbookbank
Fighting for Rain by B.B. Easton My rating: 5 of 5 stars Fighting for Rain is the second book in The Rain Trilogy and must be read in order. (So of course this is a cliffhanger!) Rainbow Williams is a nineteen year old survivor of the “apocalypse” of April 23. She was saved in more ways than one by Wes Parker, a loner survivalist. When they first met, it seemed like fate had bought them together. But when tragedy strikes again, will their love be strong enough to keep them together? So…wow! Last year, I won a signed copy of book one, Praying for Rain. It was my first read from B.B. Easton and I’ll admit, I’m not a huge fan of apocalyptic romance. Buuuut! Ms. Easton managed to weave such a distorted and twisted world, it was simply mind-blowing because really, there was a glimmer of truth buried behind those words. This isn’t a super long book by any means but the pages still just flew by. I found myself completely mesmerized by Rain and Wes and the world they found themselves in. I loved the give and take between them, the vulnerability that they both possessed. And when I got to the last page, I was screaming, “Nooooo…!!” Because I didn’t want it to end. Plus that cliffy was a doozy! I’m on pins and needles waiting for the final book in this series! Told from dual POVs with an OhEmGee ending. I voluntarily read and reviewed this book.. . . @author.bb.easton #5stars #postapocalyptic #newadultromance #cliffhanger #trilogy #bibliophile #bookshelf #booklover #bloggergirl #bloggermom #bloggersdoitbetter #bookboyfriend #bobosbookbank
Lazy Sunday! Need books STAT!😮🤗 . . . #lazysundays #sundayvibes #sundayfun #bibliophile #bookshelf #booklover #bloggergirl #bloggermom #bloggersdoitbetter #bookboyfriend #weekendvibes #bobosbookbank