Hey y’all! Happy Friday and May the 4th be with you!! For those non-Star Wars fans (GASP! Is there such a thing???), today is Star Wars day in which all things Star Wars are celebrated!!

Star Wars epitomizes the ultimate battle between good and bad. So for today’s FRIDAY FAVES, I’d like to play a little game of THIS OR THAT! Bad Boys vs. Good Boys (though I’m playing pretty loose with the term “Good”, wink wink!). Ready??

Remington Tate has a bad-boy rep in and out of the ring, a granite-hard body, and a raw, animal power that sends his female fans into a frenzy. But from the moment their eyes lock, the only woman he wants is Brooke Dumas. His desire is pure, all-consuming, and REAL.

I don’t want to be tempted by that rugged rancher. By his chiseled muscles or southern charm or the way he snuggles his kids at bedtime. Ethan Carter won’t get the key to my heart, no matter how much I want him. 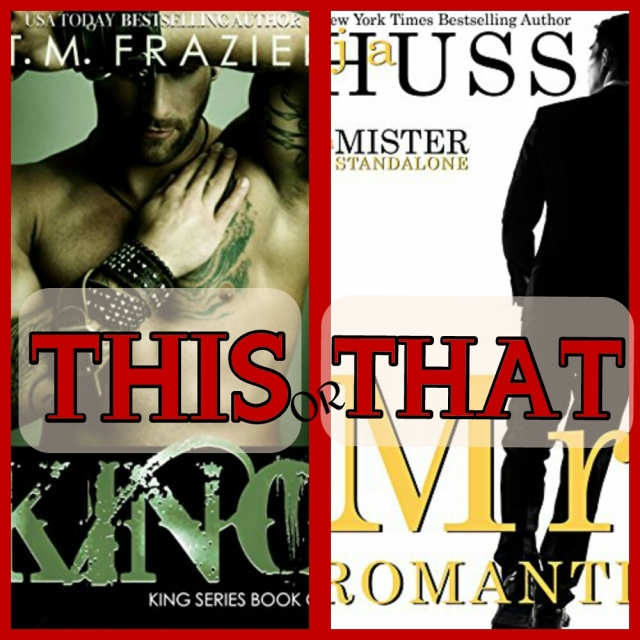 A notorious career criminal just released from prison, King is someone you don’t want to cross unless you’re prepared to pay him back in blood, sweat, sex or a combination of all three.

Charm is the key to the world.
Charisma, magnetism, sex appeal–that ‘it’ factor that can’t be described.
Nolan Delaney has it is spades.
The infamous Mr. Romantic. 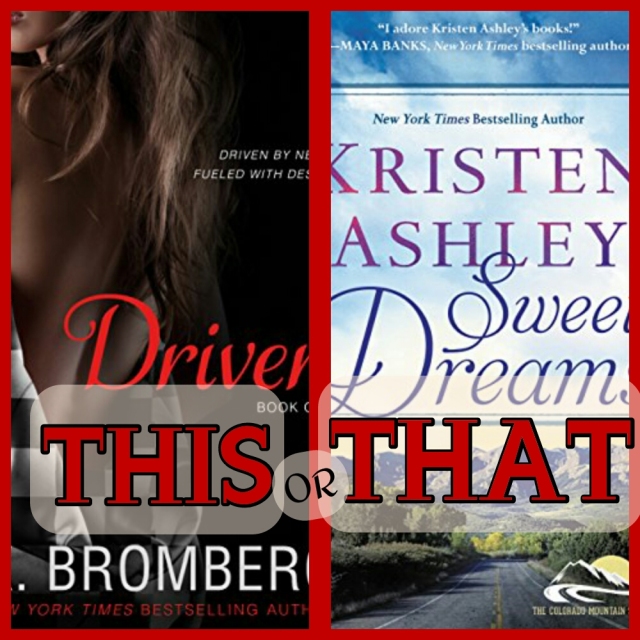 Colton Donavan was arrogant, exuded that bad boy vibe, and embodied everything I never wanted. And yet all it took was one chance meeting, one mistaken identity, and one stolen kiss for me to know I hated him and desired him instantly.

It’s a nothing job in a nowhere joint . . . until Tatum Jackson walks in. Lauren has never seen a man with such looks and attitude.

Okay, so what do you think…THIS OR THAT?? Let me know in the comments!!