ANOTHER ONE
By Aleatha Romig
Release Day May 15th

Get ready to laugh out loud, swoon, and fall in love with this new, fun, and sexy stand-alone novel from New York Times bestselling author Aleatha Romig. Demonstrating her versatility in writing, Aleatha revisits her lighter side that you loved in PLUS ONE.

A complete stand-alone, ANOTHER ONE is the next big summer hit.

*Shana*
Trevor Willis is sexy, sweet, and oh so fun. He’s also my best friend’s brother-in-law. That should mean he’s off-limits, or that I should be off-limits to him.
Someone probably should have told us that before my best friend married his brother, before the morning of the wedding when we woke in each other’s arms with gaping holes in my memory.
They didn’t.
We did.
The hilarious truth behind our crazy, secret adventure secured this handsome, off-limits man in my heart. But alas, life goes on. After our one secret night, we went back to our lives—our hardworking, solitary lives.
And then it happened.
My phone began to buzz. Each night with thousands of miles between us, we laughed, talked, and shared. And then, the phone stopped ringing.
Before it did, I knew one thing…
Our secret one had bloomed and blossomed, and now that our circumstances have changed I want another one!

*Trevor*
Shana Price is that one woman. You know, the one who suddenly makes the world more than a place to work, but also a place to live. Usually shy and awkward, in her presence I want to be more—I am more. I don’t even have to try.
She’s my one. I knew it the moment I first met her. What followed simply confirmed it.
The problem is the little hassle of the thousands of miles between us.
I tried to make it work, but each phone call made it harder. (Yes, that is a pun) I couldn’t take it any more—and she became the one who got away.
Now, everything has changed.
Shana is back in the United States—all I have to do is make her see that her job isn’t the only reason to stay.
That shouldn’t be a problem, right?
From a secret one to another one!
Try Aleatha’s lighter side for a guaranteed smile—the perfect getaway.
Have you been Aleatha’d? 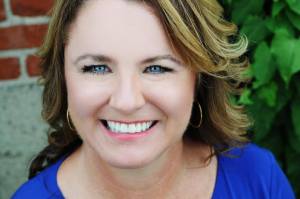 Aleatha Romig is a New York Times, Wall Street Journal, and USA Today bestselling author who lives in Indiana, USA. She grew up in Mishawaka, graduated from Indiana University, and is currently living south of Indianapolis. Aleatha has raised three children with her high school sweetheart and husband of over thirty years. Before she became a full-time author, she worked days as a dental hygienist and spent her nights writing. Now, when she’s not imagining mind-blowing twists and turns, she likes to spend her time a with her family and friends. Her other pastimes include reading and creating heroes/anti-heroes who haunt your dreams and bring your imagination to life!
Aleatha released her first novel, CONSEQUENCES, in August of 2011. CONSEQUENCES became a bestselling series with five novels and two companions released from 2011 through 2015. The compelling and epic story of Anthony and Claire Rawlings has graced more than half a million e-readers. Aleatha released the first of her series TALES FROM THE DARK SIDE, INSIDIOUS, in the fall of 2014. These stand alone thrillers continue Aleatha’s twisted style with an increase in heat.
In the fall of 2015, Aleatha moved head first into the world of dark romantic suspense with the release of BETRAYAL, the first of her five novel INFIDELITY series that has taken the reading world by storm. She also began her traditional publishing career with Thomas and Mercer. Her books INTO THE LIGHT and AWAY FROM THE DARK were published through this mystery/thriller publisher in 2016.
In the spring of 2017, Aleatha released her first stand-alone, fun, and sexy romantic comedy with PLUS ONE, followed by the sweet stand-alone, ONE NIGHT.
Aleatha is a “Published Author’s Network” member of the Romance Writers of America and PEN America.  She is represented by Kevan Lyon of Marsal Lyon Literary Agency.