CRAZY B!TCH is book five in the Biker Bitches series and technically a standalone but it’s actually book TWENTY-ONE within Jamie Begley’s biker world so if you want the complete background of all the characters and how they fit together, it’s better to read in order (and really, ALL of these books are awesome and totally worth the time to read!). I could (and have) recommend Jamie Begley all day long so why four stars and not five? Well, I found it a little bit difficult to really connect with Crazy Bitch, not like I was able to with say…Lily and Shade. She was funny, she was bad ass, completely independent and I want to be her when I grow up but she was also SO mean and almost TOO fierce. Of course, there’s reasons why she’s a prickly pear, good reasons but yet, I had a hard time with her character, especially in the beginning. I LIKED Crazy Bitch but I didn’t LOVE her! As for Calder…I DID LOVE him. There’s just something about a possessive, dominating, protective alpha hottie who rides a motorcycle. And let’s face it..he puts up with Crazy Bitch and her bonker ways!! There’s a lot happening in the storyline and a crazy twist or two but it still reads pretty fast, has a TON of sexiness and it revisits several of my favorite characters. Told from dual POVs with a sweet and funny ending. I received, read and voluntarily reviewed an ARC of this book. 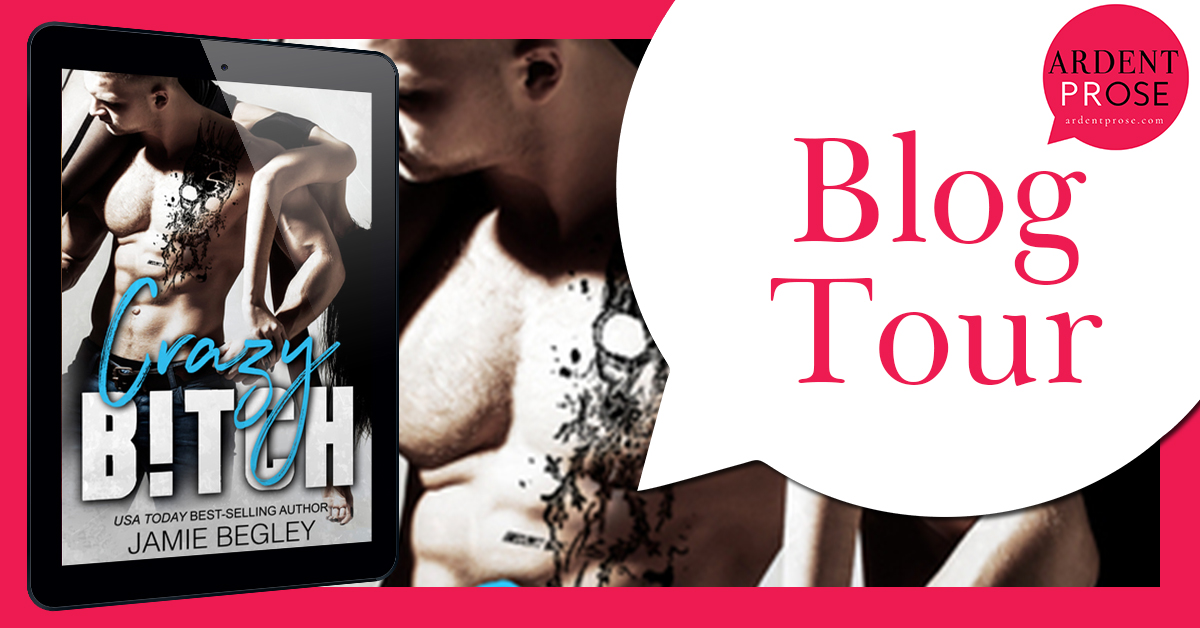 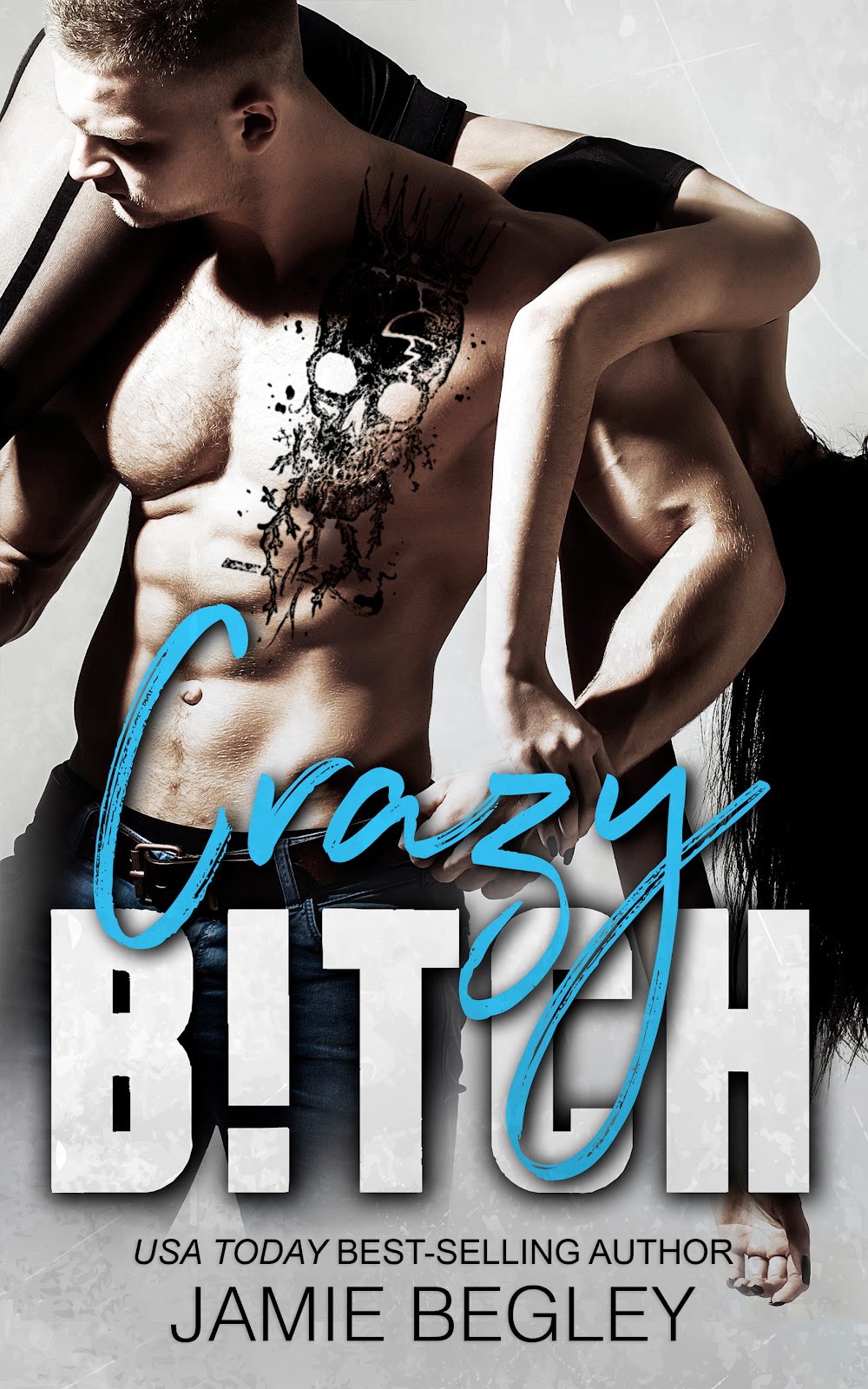 My mother used to have a saying for everything.
“You can’t be pretty and lucky.”
She wasn’t pretty or lucky.
“You have to kiss a lot of toads before you find your Prince Charming.”
I kissed too many of those. Sorry, but Prince Charming isn’t in Hicktown, Kentucky.
“The good ones go to Heaven; the bad ones go to Hell.”
Guess I’m going to Hell.
“Hell is paved with good intentions.”
Surprisingly, that one is true. Why? Because …
I intended to stay away from Calder Riggs.
I intended not to fall in love with him.
I intended to find a man who wasn’t a loser or a joker.
Oh well, I’ve never been afraid of Hell, anyway.
That’s why I’m Crazy Bitch!

“That wasn’t polite,” he mumbled as they continued up the stairs.“I didn’t like the way you were looking at Jewel.”“I don’t look the way you look at Shade, Knox, or Rider.”Crazy Bitch didn’t say anything until they reached their room.“I didn’t like the way you looked at Jewel, so I said something. If you don’t like the way I look at other men, say something. I’m not a fucking mind reader.”Tossing his bag onto the bed, he angrily stalked to where she was standing by the door. “I don’t like it.”“Then I won’t do it anymore. Satisfied?”He placed his hands on the door, caging her in. “When I’m with you, I’m never satisfied. I always want more. I’m not even satisfied when I’m done fucking you. I’m not satisfied when you come on my tongue and don’t beg me for more. I’m not satisfied that, if I walked away from you, you wouldn’t give a flying fuck. You know what would satisfy me? You quit playing around with me like you’re expecting me to fuck up and give you an excuse to stop seeing me.”
“You are going to fuck up—that’s what men do!”“Woman, you act like you’re made out of armor. The problem is, it may be protecting you, but it’s keeping me away.” He traced the line of her stubborn jaw with his thumb. “You don’t have to protect yourself from me. I’m so crazy about you that I’m jealous over every man you look at.”“I don’t want you jealous.”“What do you want?”Her eyes shifted sideways. “I want you to say you like me.”Calder was stunned at her simple request. She wanted what no one had given her before. His heart ached that the only thing she wanted didn’t cost a dime, yet to her, it was as valuable as gold.“Anna-Kate, I like you a lot. In fact, I like you so much I’m falling in love with you.”“You are?” The woman whom he had considered to be hard as stone gave him an uncertain smile.“A hundred percent.”“You can’t go any higher than a hundred percent.”
“No, you can’t. I guess that settles it then. I’m definitely in love with you.”She gave a smile so radiant he had to blink to make sure he was seeing it. It was like a flower that had unfurled in the sunlight, trying to catch the first rays of the morning. There was also wariness, but a gradual openness that let him catch sight of the gentle soul she kept guarded within her. As if one careless step would trample the budding love she was feeling for him.He embraced her so gently he heard her breath hitch in her throat.“Do you know how long I’ve been in love with you?” she asked.“How long?” he asked huskily.“When I looked over the edge on Black Mountain and you pulled me back. I’ve never had anyone do that for me.”He frowned. “What, keep you from falling off a mountain?”“Usually, people want to throw me off them, not hold me back.”
“That’s what makes me different. I would have gone over the cliff with you before I would have ever let you fall.” 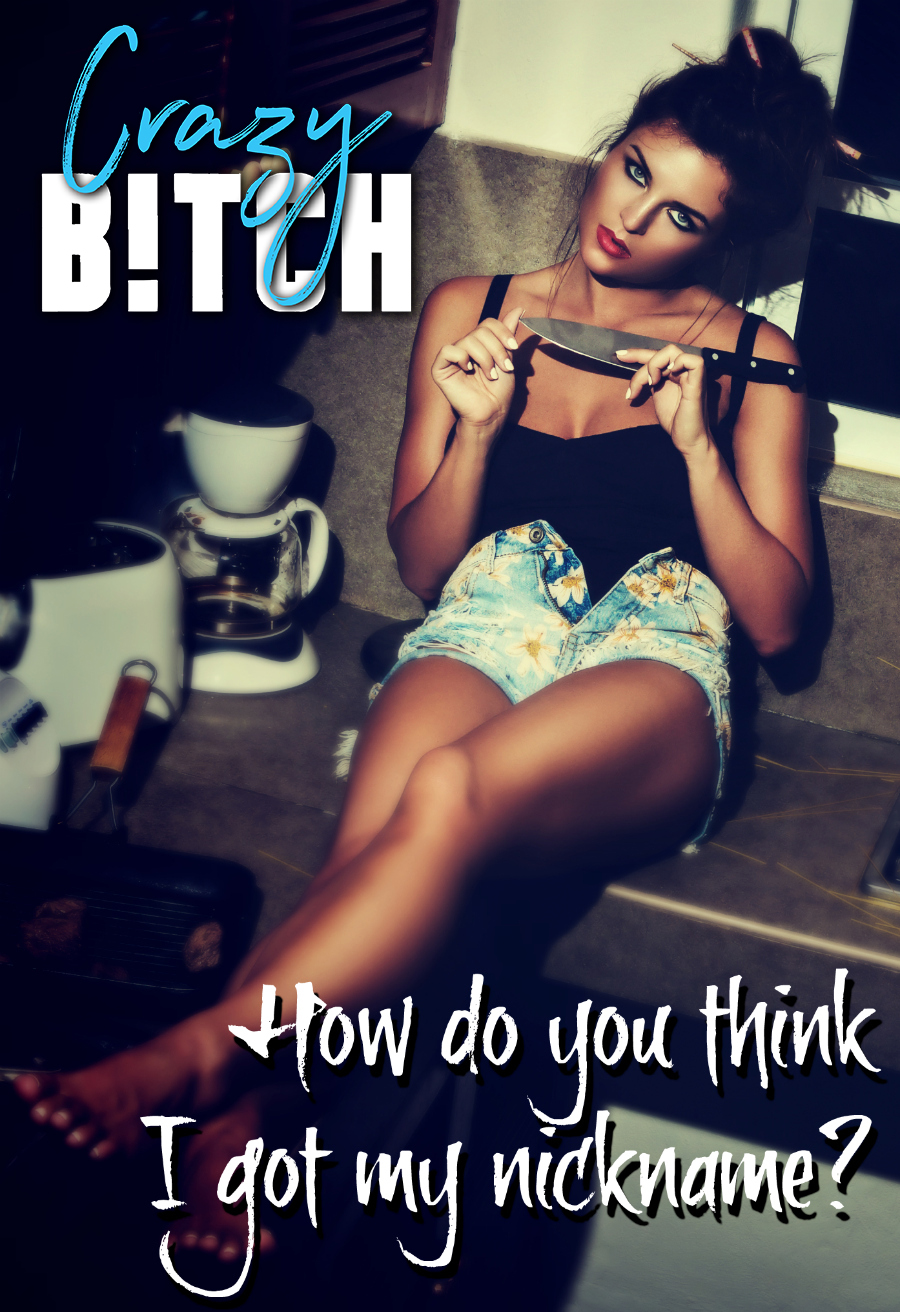 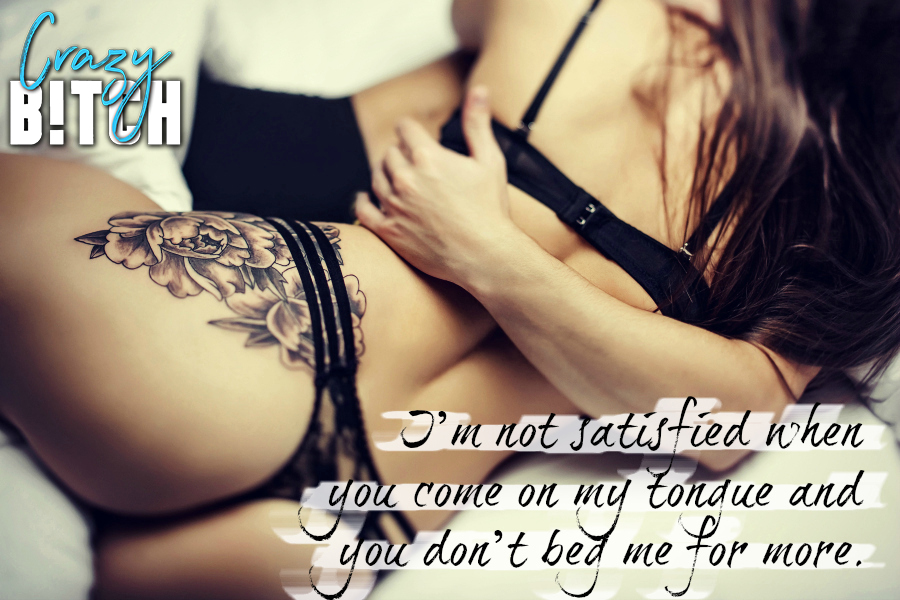 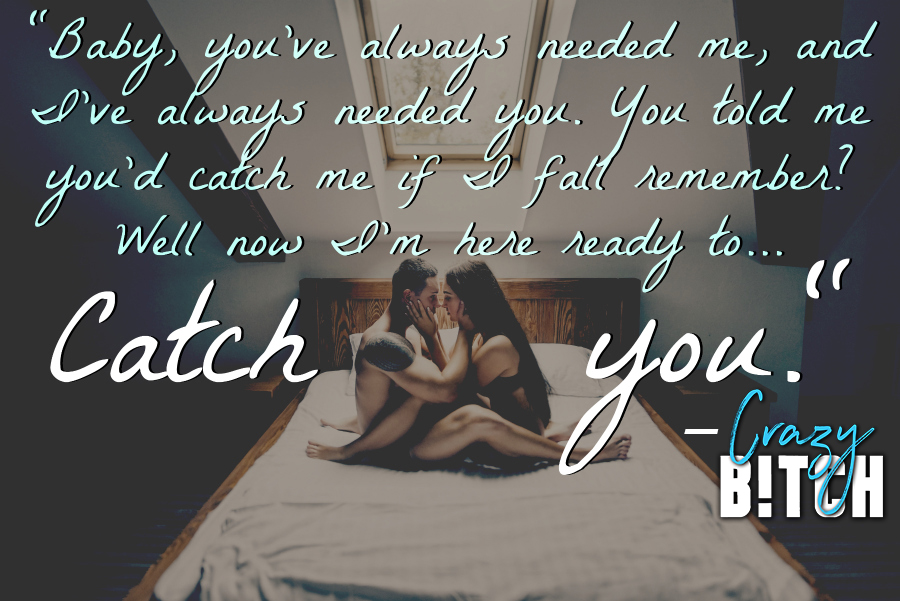 “I was born in a small town in Kentucky. My family began poor, but worked their way to owning a restaurant. My mother was one of the best cooks I have ever known, and she instilled in all her children the value of hard work, and education.Taking after my mother, I’ve always loved to cook, and became pretty good if I do say so myself. I love to experiment and my unfortunate family has suffered through many. They now have learned to steer clear of those dishes. I absolutely love the holidays and my family puts up with my zany decorations.For now, my days are spent writing, writing, and writing. I have two children who both graduated this year from college. My daughter does my book covers, and my son just tries not to blush when someone asks him about my books.Currently I am writing five series of books- The Last Riders, The VIP Room, Predators MC, Biker Bitches, and The Dark Souls.All my books are written for one purpose- the enjoyment others find in them, and the expectations of my fans that inspire me to give it my best.”Facebook  Website  Twitter  Goodreads  Amazon