Sawyer Bennett is one of my most favorite authors. She can write anything from the sweetest, cleanest romance to the most titillating, erotic tale! Coop and Eden’s story falls somewhere in the middle. It’s both sweet and sexy, provocative and charming. This second chance romance doesn’t have a lot of drama or crazy twists and turns, it’s simply a feel good book with a fun storyline, witty banter and hot chemistry. My only reason for giving this story four stars instead of five is because it was a little difficult for me to connect with Eden. There’s just that certain sparkle that was lacking in her character. I LIKED her but I didn’t LOVE her. (Make any sense?!?) Told from dual POVs with a super sweet ending. I received, read and voluntarily reviewed an ARC of this book. 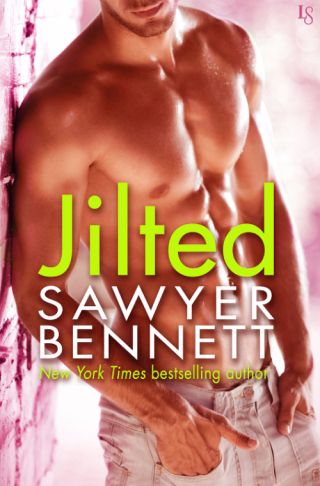 Hollywood hath no fury like a woman scorned. In this fun, flirty second-chance romance from New York Times bestselling author Sawyer Bennett, an aspiring starlet reconnects with her first love.

Eden Goodnight went to Los Angeles to make it big, not to be publicly humiliated by her cheating fiancé at a red-carpet premiere. But when Eden returns to her hometown to put the scandal behind her, she can barely find a sympathetic shoulder to cry on. Turns out the locals are worse than the paparazzi, and they all think she’s turned into a spoiled brat. But in a strange twist of fate, the one person who seems to understand what Eden’s going through is Cooper Mayfield . . . the boy she left behind.

Small-town charm is no match for the glitz and glamour of Hollywood. At least that’s what Coop’s been telling himself all these years. As Eden’s old flame—and the landscaper for her family’s historic home—Coop feels some responsibility for getting her out of her funk. But as soon as he sees that million-dollar smile, he’s a goner. Soon they’re making out like teenagers again. But when a life-changing role falls into Eden’s lap, Coop just hopes she doesn’t give up on a love that’s meant to be.

Since the release of her debut contemporary romance novel, Off Sides, in January 2013, Sawyer Bennett has released more than 30 books and has been featured on both the USA Today and New York Times bestseller lists on multiple occasions.

Sawyer likes her Bloody Marys strong, her martinis dirty, and her heroes a combination of the two. When not bringing fictional romance to life, Sawyer is a chauffeur, stylist, chef, maid, and personal assistant to a very active toddler, as well as full-time servant to two adorably naughty dogs. She believes in the good of others, and that a bad day can be cured with a great work-out, cake, or a combination of the two.

4 thoughts on “💕New(ish) Release Plus My 4 Star Review! JILTED by Sawyer Bennett💕”