It Could Happen by Mia Kerick

This is my first read from Mia Kerick. I chose to read this book because the storyline seemed unique and different and I wasn’t disappointed! First a warning, this is a story about a relationship between THREE young men and although there’s not a whole lot of sex scenes, the premise may not be for everyone. That being said, this story is so much more than just sex. Henry, Brody and Danny embodied the typical social misfits that can probably be found in most high schools. Henry, the African American jock (one of only two African American seniors), Brody, the adrenaline junkie free bird and Danny, the emo goth who’s also the only “out” gay boy in school. It seemed like Ms. Kerick wrote these characters so blatantly stereotypical on purpose, maybe to make a point about how easy it can be to “label” people? Regardless, I loved how these three boys with pretty much nothing in common found a wonderful friendship and eventually a romance together. I was thrown off a bit in the beginning by the three POVs since they’re told in such different styles but surprisingly, I came to really enjoy Ms. Kerick’s unique approach. The only reason the book wasn’t a five star for me was because although I loved Danny’s poems, I wanted MORE from him. I wanted to feel more of a connection with him like I was able to feel with Henry and Brody. Plus, I would have liked an extended epilogue, maybe something a little later in their lives like college. Overall, it was a good coming of age story about learning to love who you are. Told from multiple POVs with a happy ending. I received, read and voluntarily reviewed an ARC of this book. 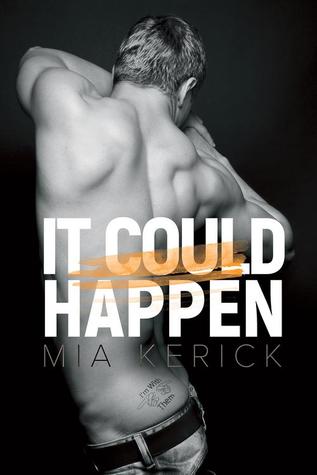 Three misfits, mismatched in every way—Henry Perkins, Brody Decker, and Danny Denisco—have been friends throughout high school. Now in their senior year, the boys realize their relationship is changing, that they’re falling in love. But they face opposition at every turn—from outside and from within themselves. Moving to the next level will take all the courage, understanding, and commitment they can muster. But it could happen.

Henry is a star athlete and the son of religious parents who have little concern for the future he wants. Brody is a quirky dreamer and adrenaline junkie, and Danny is an emo artist and the target of bullies. Despite their differences they’ve always had each other’s backs, and with each of them facing a new and unique set of challenges, that support is more important than ever. Is it worth risking the friendship they all depend on for the physical and romantic relationship they all desire?

In this unconventional new adult romance, three gay teens brave societal backlash—as well as the chance that they might lose their treasured friendship—to embark on a committed polyamorous relationship.

Mia Kerick is the mother of four exceptional children—all named after saints—and five nonpedigreed cats—all named after the next best thing to saints, Boston Red Sox players. Her husband of twenty years has been told by many that he has the patience of Job, but don’t ask Mia about that, as it is a sensitive subject.

Mia focuses her stories on the emotional growth of troubled young men and their relationships, and she believes that sex has a place in a love story, but not until it is firmly established as a love story. As a teen, Mia filled spiral-bound notebooks with romantic tales of tortured heroes (most of whom happened to strongly resemble lead vocalists of 1980s big-hair bands) and stuffed them under her mattress for safekeeping. She is thankful to Dreamspinner Press for providing her with an alternate place to stash her stories.

Mia is proud of her involvement with the Human Rights Campaign and cheers for each and every victory made in the name of marital equality. Her only major regret: never having taken typing or computer class in school, destining her to a life consumed with two-fingered pecking and constant prayer to the Gods of Technology.